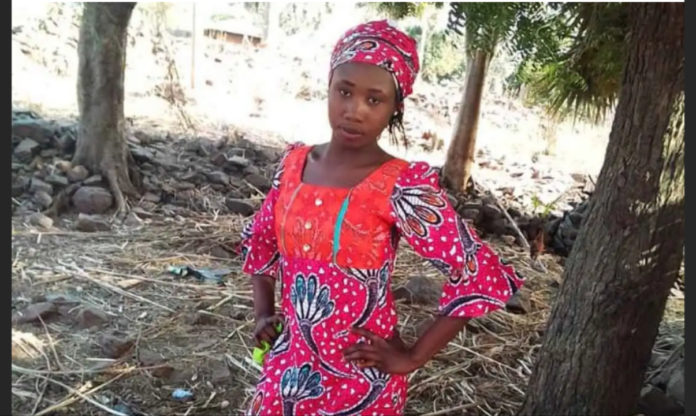 Leah Sharibu, one of the schoolgirls abducted by Boko Haram terrorists about two years ago is in the news again.

This time around the only Christian girl in the midst of her colleagues when they were abducted is said to have been forcefully converted to Islam.

After accepting her new religion, Sharibu is reported to have married a top commander of the terror group.

This is according to anonymous sources quoted by Sahara Reporters, an online news portal.

The news medium reports that the abductee is said to have given birth to a baby boy weeks ago for her husband.

Repeated effort by the Federal Government to rescue the girl abducted from Government Secondary School, Dapchi, Yobe State in 2018 has not been successful, this is despite the terrorists releasing her colleagues who are said to be Muslim faithfuls.