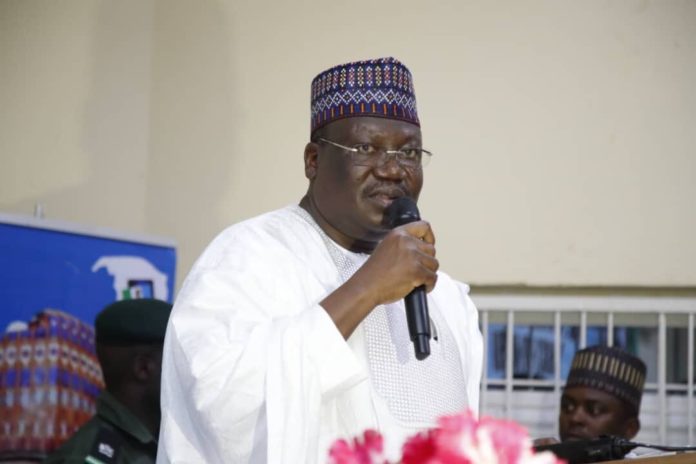 The ruling All Progressive Congress (APC) in six years has outperformed the Peoples Democratic Party (PDP) which held sway from 1999 to 2015, says Senate President Ahmad Lawan.

Mr Lawan made the claim on Sunday in Gombe while speaking at an empowerment program organised by the state governor Inuwa Yahaya.

He advised Nigerians not to let the PDP deceive them again by returning it to power in the next presidential election in 2023.

The opposition party lost power to the ruling party in 2015. The APC which has been at the saddle of leadership has been blaming the party, saying it mismanaged the resources of the country.

The APC appealed to Nigerians to re-elect it in 2019 to consolidate on its achievements to further better the lives of Nigerians but the situation of an average Nigerian rather than improve continues to worsen.

Under it, the economy went into recession twice with the country emerging the headquarters of global poverty, insecurity heightened while corruption it vowed to tackle soared high.

“PDP ruled the country for 16 years, deceiving Nigerians,” the top lawmaker said. “The monies they got during their reign was mind-blowing but they did nothing to better the lives of Nigerians.

“As a matter of fact, the bulk of these monies ended up in private pockets.

“The performance the APC administration in the last six years far outweighs what the PDP claimed to have done in the last 16 years,” he added.