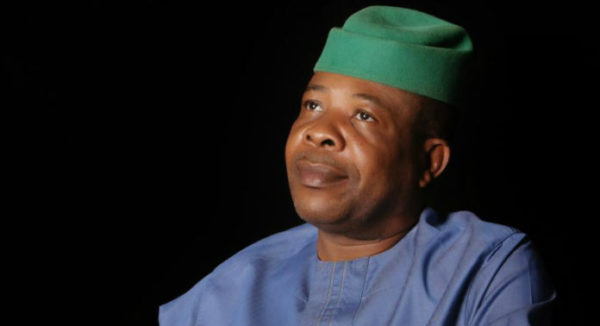 The Supreme Court has dismissed an application asking it to review its verdict on the governorship election in Imo State.

The apex court dismissed the application brought to my by the Peoples Democratic Party (PDP) and its candidate for the election, Emeka Ihedioha.

Mr Ihedioha who spent some months in office as governor of the state was sacked by the Supreme Court in an application brought to it by the All Progressive Congress (APC)  and it candidate in the election, Hope Uzodimma.

Mr Uzodimma who came a distant fourth in the result announced by the Independent National Electoral Commission (INEC) was declared winner of the election on account that the votes he earned during the exercise was unjustly cancelled by the electoral body.

The seven man panel which dismissed the application of the opposition on Tuesday was headed by Tanko Mohammad, the Chief Justice of Nigeria (CJN).

However, a member of the panel, Justice Chima Nweze, disagreed with the submission of his colleagues, saying the apex court ought to have reviewed the case.

Justice Nweze held that the court has the power to overrule itself in a situation where such a judgment was not seen to have met the justice of the case.

He added that the Imo State Governor, Hope Uzodinma, misled the court in arriving at the judgment which removed Ihedioha from office after about 10 months.

According to the judge, there is no evidence that Governor Uzodinma satisfied the required spread to have been declared the winner of the election.

He, therefore, told other judges on the panel that the judgment upholding Uzodinma’s victory in the March 9, 2019 poll would continue to haunt the nation’s electoral jurisprudence.