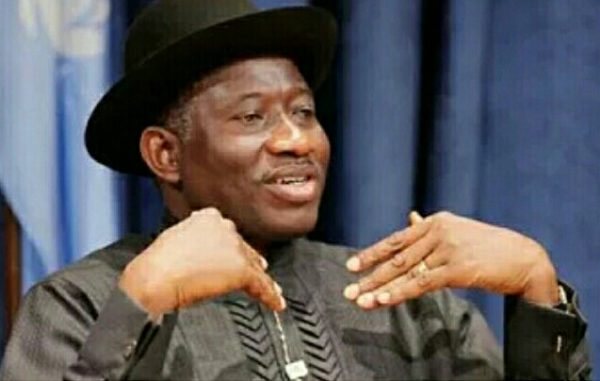 Former President, Goodluck Jonathan, has denied receiving the some of N300 million and some bulletproof cars from the All Progressive Congress (APC) in Bayelsa State.

The APC had alleged yesterday that its candidate in the last Bayelsa governorship election, David Lyon, gave the said amount and the automobiles to the former Nigerian leader.

The opposition party in the state urged former president to return the assets he received since Mr Lyon was no longer the state governor having had the Supreme Court truncate his victory at the polls.

The money was said to be payment for a hotel owned by Jonathan where the APC candidate would have ruled from pending the completion of the government house said to be on renovation at the time.

But in a statement by Ikechukwu Eze, his media aide, the former president described the allegation as a lie scripted to tarnish his reputation.

“In the first place there was no reason for APC or anybody else to offer money and vehicles to the former President for logistics over an inauguration programme in which he was not involved,” the statement partly read.

“We make bold to state that there is no vehicle in the possession of former President Jonathan given to him by the All Progressive Congress. This is an insufferable lie. If anyone on earth knows of such a vehicle, they should expose the particulars of the said vehicle to the public.

“The claim by this group is therefore nothing but a fairy-tale scripted to tarnish the good reputation of the former President whom Nigerians  and the rest of the world  hold in very high esteem.

“It is a poor script written with the  intention of causing distrust and inciting Bayelsans against themselves.

“As far as we are concerned, the Bayelsa elections have been won and lost at the polls and the courts; we therefore urge all groups  to accept the transition in good faith,” it added.