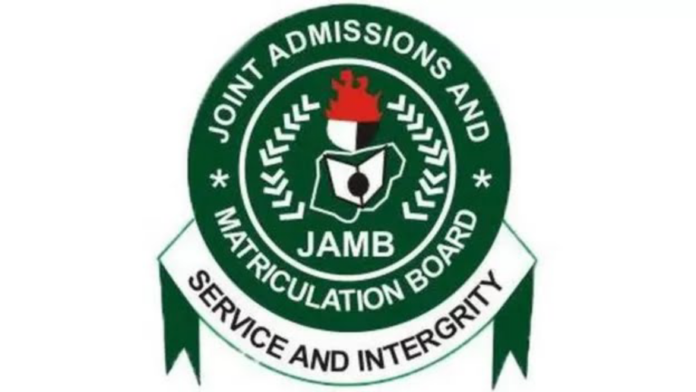 The Joint Admissions and Matriculation Board (JAMB) said it was yet to commence the sale of the 2022 Unified Tertiary Matriculation Examinations (UTME) and Direct Entry (DE) forms.

The board said this in a statement signed by its Head of Media and Protocol, Fabian Benjamin, on Thursday.

Mr Benjamin said claims that the forms were already being sold were fraudulent, warning members of the public to be vigilant against fraudsters.

While stating that plans were underway for the board to commence the sale, he added that no date had been fixed.

“For the avoidance of doubt, any information in circulation purporting to have emanated from the Board to the effect that the sale of the 2022 UTME and DE forms has commenced is not only fraudulent but is a calculated attempt by mischief makers to create unnecessary panic among prospective candidates for their own selfish ends,” the statement read in part.

JAMB noted that the commencement of the sale of the board’s application documents in any given year had never been shrouded in mystery as it had always been widely published in the print media as well as online and electronic platforms.

Benjamin further stated that the general public would be sufficiently informed of the commencement of the sale of electronic PINs once approval had been granted by relevant authorities.

He stressed that the announcement of a suitable date to commence the sale would also be accompanied by well-defined information on the procedures for purchasing the e-pins, creating profiles, and where to go for biometric capturing, among other essential details.

The board had earlier stated on Tuesday that the registration would start late due to forces beyond its control.

It said its decision to enforce the National Identity Number (NIN) as a requirement in this year’s registration process was a game-changer in the fight against impersonation.

“The introduction of the NIN in UTME registration in 2021 by the board was a game-changer in the fight against impersonation and other examination infractions. It is to be noted that the decision to adopt the NIN was a very difficult one given the various challenges and opposition from many quarters to the policy.

“However, the board, seeing the many benefits associated with the deployment of the NIN, took the unpopular but beneficial decision, knowing that any departure from the norm would, more often than not, be met with initial opposition and rejection, and was, therefore, understandably undeterred in its chosen course of action,” Benjamin had said.