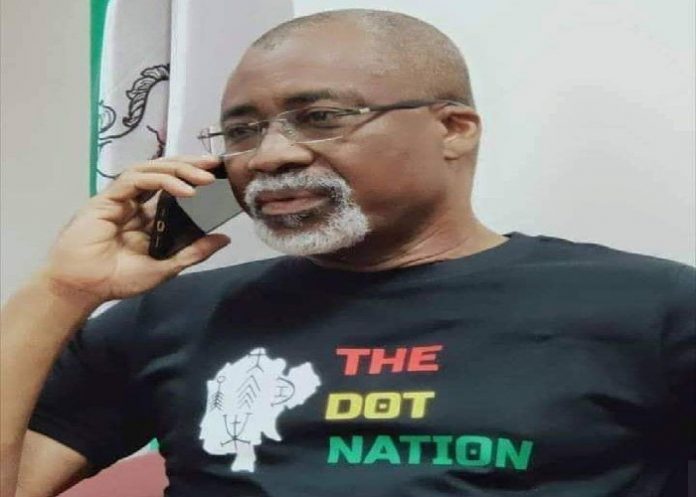 Enyinnaya Abaribe, Minority leader of the Nigerian Senate has debunked fresh reports of being arrested by the State Security Service (SSS).

Reports went rife on social media on Thursday that the self-styled Department of State Services (DSS) has picked the Abia South Senatorial lawmaker in Abuja.

But reacting, his spokesman, Uche Awon dismissed the report saying the purveyors were referring to the incident which occurred exactly three years ago with today being its anniversary.

“It’s not true, we are here in the office together, I’m with the senator here,” Mr Awon told Sahara Reporters. “Some guys are mismanaging social media, because this thing pops up to remind them that he was arrested three years ago.”

“Three years ago, he was arrested, today is the anniversary of it. So somebody just quickly claimed he has been arrested. The senator is here in his office,”  he added.

Mr Abaribe has been critical of President Muhammadu Buhari and the ruling All Progressive Congress led administration.

He recently adorned a tee-shirt with the inscription “The Dot Nation” in apparent show of solidarity with Igbos whom Mr Buhari described as a dot-in-circle if allowed to secede from Nigeria.