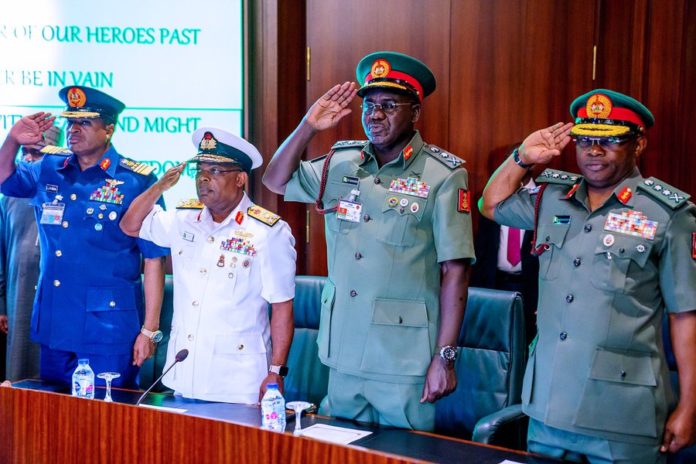 Service chiefs should be blamed for the rising insecurity across the country and not President Muhammadu Buhari who the buck stops at his table, youths from the North-East region said Tuesday.

Making their position known yesterday, the youths under the aegis of North East Youths Progressive Alliance (NEYPA), asked Mr Buhari to ignore calls for his resignation coming from the Northern Elders Forum (NEF).

Husseini Saraki, coordinator of the NEYPA, in a press conference held at the National Union of Journalist (NUJ) secretariat, Bauchi, said contrary to the view that Buhari has failed, the President has tried his best on tackling insecurity in the country.

Mr Saraki who also exonerated the president from being blamed for rising insecurity described the recent killing of rice farmers in Borno State at the weekend as barbaric.

“The killing of innocent people in the north must be stopped. The government should find a means whichever possible to bring an end to the senseless killings,” he added.