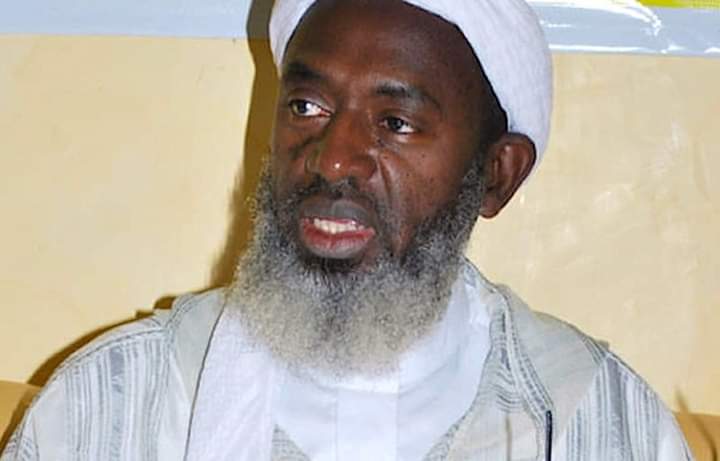 The Coalition of South East Youth Leaders, (COSEYL) has called for the immediate arrest and prosecution of Islamic cleric Sheik Abubakak Gumi for openly supporting and encouraging banditry and kidnapping in the country.

Gumi was reported to have said that “Murderous Fulani herdsmen only kidnap children for money and that they are better than Indigenous People of Biafrà (IPOB).”

He urged the Federal Government to offer amnesty to criminal herdsmen engaged in banditry and kidnapping, saying the bandits do not kidnap to kill but to make money.

The Igbo youth leaders said such a statement has simply unmasked and exposed the true identity of the Islamic cleric as “a hardened promoter of terrorism in the country,” describing it as wicked and barbaric.

Speaking to newsmen in Owerri, the Imo State capital on Thursday, the President-General of the organisation, Goodluck Ibem noted that kidnapping school children is the most heinous crime anyone can commit.

“No sane country will tolerate such heinous crime against humanity. Kidnapping school children is the wicked and barbaric crime anyone can commit.”

He said: Fulani herdsmen, according to the Global Terror Index (GTI), are the world’s fourth most deadly terrorists. The GTI lists thousands of individual attacks that occurred in Nigeria where herdsmen deliberately kill or maim, or rape Nigerians.

The youth leader said “Sheikh Gumi is not a peace negotiator as he claims, he is rather a facilitator of terror.

“It is very unfortunate that our country Nigeria has been reduced to a level where kidnappers who kidnap school children, kill security agents who try to stop them in their bid to kidnap the children are good people because they are Fulanis committing crime to make money.

“Though we do not speak for IPOB, no sane person will compare the activities of murderous Fulani herdsmen kidnappers with IPOB. Nigeria is rated as a fail state and a country on watch list because of the terrorists activities of the people who Gumi and his likes support. If Nigeria must move forward, terrorists and kidnapping activities must be brought to a halt.”

According to him, Gumi’s statement has confirmed to all that he is the godfather of murderous Fulani herdsmen kidnappers and bandits who have been terrorising the country.

“We demand the immediate arrest and prosecution of Sheik Abubakak Gumi for supporting and encouraging violent crimes and kidnapping in the country. The law is no respecter of persons and Kidnapping is a capital offence.

“If the Federal Government fails to arrest Gumi and his partners in crime, it will be confirmed to all that they are working in synergy with the kidnappers, bandits and terrorists to cause insecurity so that elections will not hold and they will remain in power beyond 2023.

“We therefore put the United Nations and the international community on notice that they do not need to look far for the sponsors of banditry and terrorism in Nigeria. We now know those behind the killing spree, kidnapping of infant school children, Fulanisation and Islamisation agenda to exterminate Indigenous ethic population across Nigeria.”