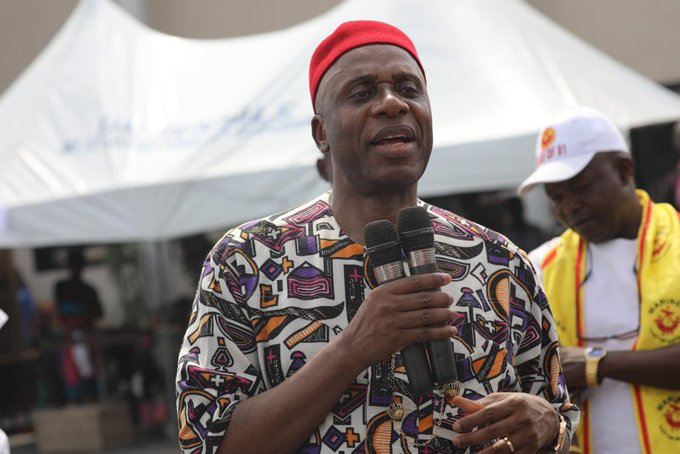 Presidential aspirant and Transportation Minister, Rotimi Amaechi, claims he has what it takes to address the worsening state of insecurity in the country if he succeeds President Muhammadu Buhari in whose administration he is serving.

Mr Amaechi stated this on Wednesday when he visited Governor Aminu Masari of Katsina State, promising to implement his wealth of experience on insecurity which he has gathered since joining politics.

He likened the rising security situation in the country to that of militancy in Rivers, having served the state in various capacities.

“Your excellency, you are the first governor I am visiting after declaring to run for the president of Nigeria in 2023,” the minister said. “I will visit others as I progress with my consultations. I have visited three to four Emirates, two in the area you superintend over, and two in Kano. I have come to also brief you on how far we have gone with the railway assignment given to us by Mr. President. And the third reason is to tell you that I am interested to run for the office of the president of Nigeria.

“I think I am qualified, and I happen to be the only aspirant in the race who governed a state where there was militancy. So, I have experience of how to manage militancy.”

“Between six months and one year of occupying the office of governor of the state, the militancy reduced tremendously. Schools were opened, market women were able to go back to the markets, kidnapping reduced drastically and business returned.

“For me, the governors are critical in getting that opportunity and there’s need to talk to your colleagues to assist us to achieve that objective,” Amaechi appealed.

Responding, Mr Masari wished him well in his political aspirations.