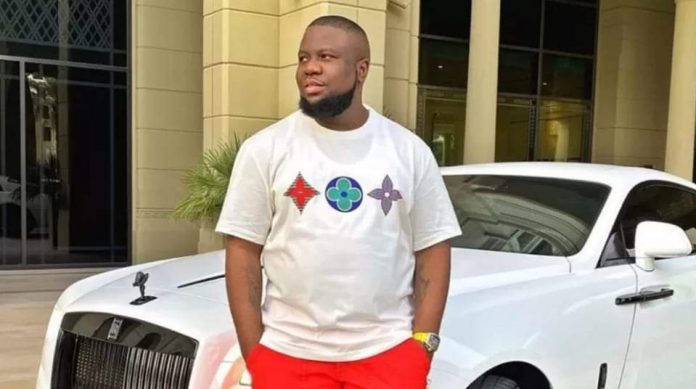 The United States Department of Justice (DOJ) revealed this in an official statement on its website.

Abbas had pleaded guilty to one count of conspiracy to engage in money laundering in April 2021 after he was arrested in Dubai, United Arab Emirates, in June 2020.

“Ramon Abbas, a.k.a. ‘Hushpuppi,’ targeted both American and international victims, becoming one of the most prolific money launderers in the world,” Don Alway, the Assistant Director in Charge of the FBI’s Los Angeles Field Office, told the court.

“Abbas leveraged his social media platforms – where he amassed a considerable following – to gain notoriety and to brag about the immense wealth he acquired by conducting business email compromise scams, online bank heists and other cyber-enabled fraud that financially ruined scores of victims and provided assistance to the North Korean regime.

“This significant sentence is the result of years’ worth of collaboration among law enforcement in multiple countries and should send a clear warning to international fraudsters that the FBI will seek justice for victims, regardless of whether criminals operate within or outside United States borders.”

ABBAS AND ALAUMARY, THE NIGERIA-CANADA CONNECTION

According to the DOJ statement, Abbas conspired with one Ghaleb Alaumary of Mississauga, Ontario, Canada, to launder funds got from various crimes, including bank cyber-heists and business email compromise (BEC) schemes.

In January 2019, Abbas and Alaumary conspired to launder funds stolen from a bank in Malta by providing account information for banks in Romania and Bulgaria. The DOJ stated that Abbas admitted that the intended loss from this particular fraudulent scheme was around $14.7 million.

The DOJ also stated that Abbas conspired with Alaumary again to launder millions of pounds stolen from a professional soccer club and a company in the United Kingdom in May 2019. Court documents stated that Abbas provided Alaumary with details for a bank account in Mexico that “could handle millions and not block”.

Not relenting, Abbas went on to “fraudulently induce a New York-based law firm in October 2019 to transfer approximately $922,857 to an account that a co-conspirator controlled under someone else’s name,” the DOJ statement read in part.

“Abbas also admitted in his plea agreement to conspiring with others to defraud an individual in Qatar who sought a loan of $15 million to build a school.”

The DOJ statement rolled out even more crimes Abbas had committed in 2020 alone.

“Abbas and another conspirator duped the victim businessperson into paying approximately $330,000 to fund an “investor’s account” to facilitate the loan. Abbas specifically directed the victim to send $100,000 to a bank account controlled by a co-conspirator, and $230,000 to the bank account of a luxury watch seller,” DOJ the stated.

“Abbas used those funds for his personal benefit, including purchasing a $230,000 Richard Mille RM11-03 watch, which he arranged to have brought to him from New York to Dubai. The watch made numerous appearances on Abbas’ wrist on his now-defunct Instagram account, often with the hashtag #RichardMille”.

Abbas used about $50,000 of the fraud proceeds to acquire a St. Christopher (St. Kitts) and Nevis citizenship and a passport through a sham marriage to a St. Kitts citizen, the DOJ claimed.

“In January and February 2020, Abbas and another conspirator corresponded with the victim businessperson, attempting to fraudulently induce a further payment of $575,000 in purported taxes to release the $15 million loan,” prosecutors wrote in a sentencing memorandum.

“In February 2020, the victim sent approximately $299,983 to Kenyan bank accounts specified by another conspirator. In March 2020, Abbas fraudulently induced the victim to send another $180,000 to U.S.-based bank accounts; those funds were subsequently laundered with assistance from several co-conspirators.

“By his own admission, during just an 18-month period defendant conspired to launder over $300 million. While much of this intended loss did not ultimately materialize, [Abbas’] willingness and ability to participate in large-scale money laundering highlights the seriousness of his criminal conduct.”

Abbas will remain in federal custody as he has since his expulsion from the UAE.