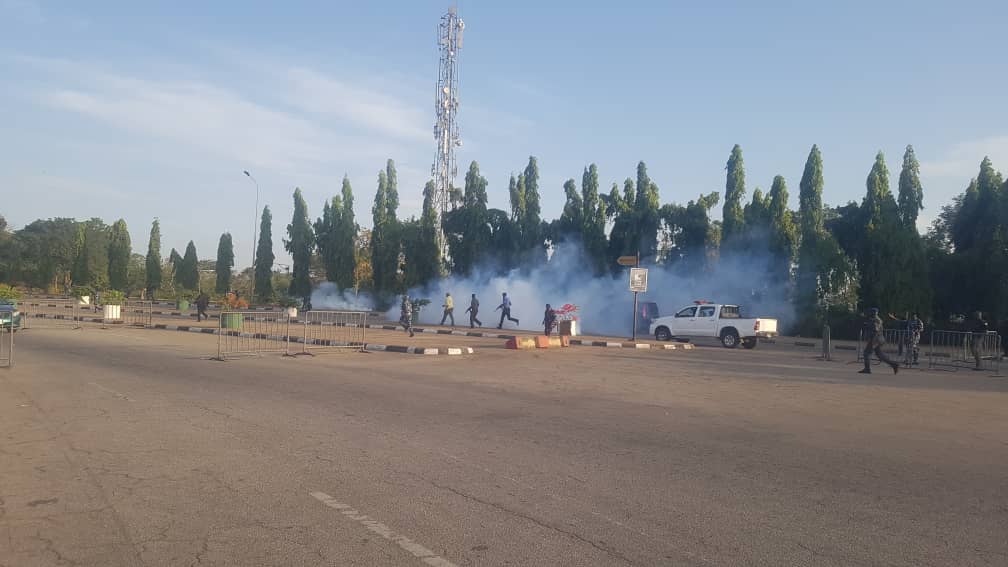 On Tuesday, 26 March 2019, a police Deputy Superintendent, Godwin Oshiogbuwe, was kidnapped from a checkpoint along the Ubiaja-Ewohimi-Agbor road by unknown gunmen. His body was found the next day by a police tactical team at about 1640 hours. It had been mutilated, and his gun had been taken away. To my knowledge, none of the men who found the late Oshiogbuwe has ever received any counselling. His killers have, to my knowledge, not been found.

One thing that has increasingly become a problem in Nigeria is the inability to talk through a problem, because all sorts of people, many of whom are frankly, quite deficient, pollute the discussion with noise. That noise tends to block out nuance.

Nuance, in the case of the discussion regarding the police, means that the nuance that the police have been very badly behaved, and have thus over time lost the trust of the very population they are meant to be policing, AND at the same time that killing policemen is bad, is absent.

In February I wrote a piece about the “Enemies within” in Igboland, where I criticised this new phenomenon of UGM. I got a lot of flak for that from one side of Nigeria’s internecine divide. Earlier this month I wrote about “Buhari’s new security measures” and got pilloried by the other side. From my viewpoint, both pieces are accurate. The President’s hostility towards people of the Igbo ethnic group, my ethnic group, has made the voices of separation a lot stronger among the Igbo. I predicted all this in a 2017 piece about “Creating a hero”. No, I’m no prophet, some things are just too bleeding obvious.

But I want to talk about the police today.

Let’s look at some numbers…

As per data compiled by SBM Intelligence from a variety of sources, 497 policemen were killed on duty in various attacks around the country between the start of 2015 and the end of Q1 2021. The breakdown of these deaths by geopolitical zone shows that 85 of these were killed in the North-Central, 49 in the North-East, 59 in the North-West, 58 in the South-East, 72 in the South-West, while the South-South has been the most dangerous zone for the police in six years, with 174 of their men killed there.

This is not to say that the issue isn’t getting worse in the South-East for instance. In Q1 of 2021, the South-East trailed only the South-South as 20 policemen were killed in the SS, and 16 in the SE. The corresponding numbers were 2, 2, 6 and 2 for the NC, NE, NW and SW respectively, showing that both the South-East and South-South have a problem that has been amplified in recent times. It is impossible to dissociate the amplification (particularly in the South-East) from the call by the leader of the IPOB movement on his followers to attack the security services. This call was made at the end of October 2020.

Yesterday, I saw a video of locals in Owerri, hailing some armed men, and that video broke my heart. That the police has behaved badly towards people in the region, we will get to that, does not mean that people should take leave of their senses. Supporting a group of people who will ultimately be unaccountable to you can only end up hurting in the long run as they will ultimately trample on you. Nigeria’s short history is full of examples. For a start, every successful coup in this country’s history was praised by the populace. Then the liberators turned out to be oppressors.

The problems of the police are many, and it starts with the structure. Since colonial times, Nigeria’s police has been structured more as an occupation force than as a police force, which is why policemen are deployed away from their regions of origin and put in barracks away from the civilian population. That will have to change. A policeman can’t be effective if he does not speak the language of those he is meant to police, or understand their cultural contexts. I once met a policeman named Auwal in Akwa Ibom State, who spoke no Efik or Ibibio, had limited Pidgin English but was posted to keep the peace in Itu, a community where finding people who could string proper sentences in English was tough. How would this policeman then police the policed?

Our police have to routinely undergo therapy. Think of the unfortunate men who recovered the late DSP Oshiogbuwe’s body. They saw a mutilated corpse, came away with nightmares wondering what kind of anger/hate whoever did that to their colleague harbours for them, and then they will be posted away from Edo with the mindset that the people hate them. Imagine if one of those policemen is posted to Lagos, and he is posted to Orile, a place where it has been established on multiple occasions that the locals are hostile to the police. Imagine the toxic mix that his mindset meeting with the native hostility will brew. Is it a stretch to imagine that he will at some point pick up his gun and shoot someone in that place?

Does it surprise you that today, 26 May 2021, the people of Idiroko Road, Ota, Ogun state, blocked the road due to incessant harassment and exhorting of commuters by the police?

This brings us to the next issue in the matter — money.

In the past, I have talked about my 2014 encounter with a police inspector during a survey in Lafia, Nasarawa state where he told me that his monthly salary at the time was ₦52,000 per month. The information available to me says that as of the new salary structure approved by President Buhari in November 2018, said police inspector would be earning ₦87,000 per month. Below the rank of Inspector is Sergeant Major, Sergeant, Corporal, Lance Corporal and Constable. Each of these people is given an automatic rifle and inevitably mounts a checkpoint.

Is it a stretch to imagine that someone earning ₦43,000 each month (the Constable) would not be tempted to use his gun to supplement his earnings?
From the viewpoint of a South-Easterner, the region, Nigeria’s tiniest by landmass, has been feeling under the pressure of excessive policing for years. In December 2018, the International Society for Civil Liberties & the Rule of Law published a report that claimed that in the three years prior, the police extorted ₦100 billion in roadside bribery and extortion. Shortly before that report, I experienced and documented, some of that extortion. In the absence of any counter research, let us look at these figures.

Nwanze is a partner at SBM Intelligence