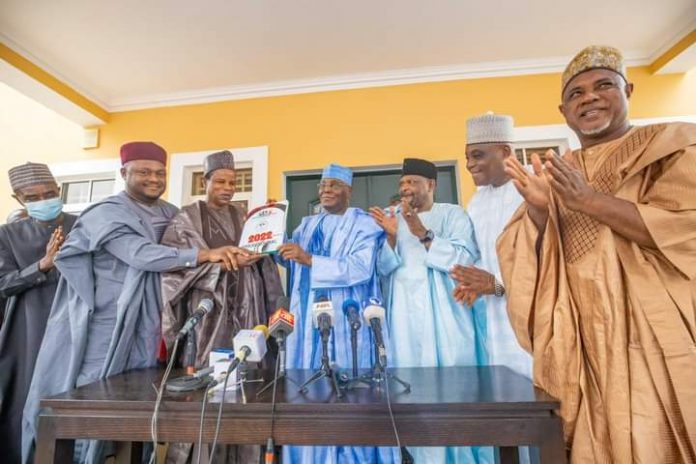 The opposition politician popularly known as Atiku received the forms from the North East Business Community (NEBC) who said they had ultimate trust in the ability of Atiku to reposition the country on the path to prosperity.

Chairman of the forum, Dalhatu Funakaya, who said his group beckoned on the former vice president to run for the exalted position last year, said they bought the documents which cost N40 million to walk their talk.

Thanking the group, the PDP chieftain pledged not to let them down.

“Moments ago, the North East Business Community (NEBC) presented me with the PDP nomination and expression of interest forms,” Mr Atiku acknowledged. “This was in fulfilment of the promise made when I visited the Jewel state of Gombe late last year. I can never thank them enough, and I will never betray the confidence they and other people of goodwill have reposed in me.”