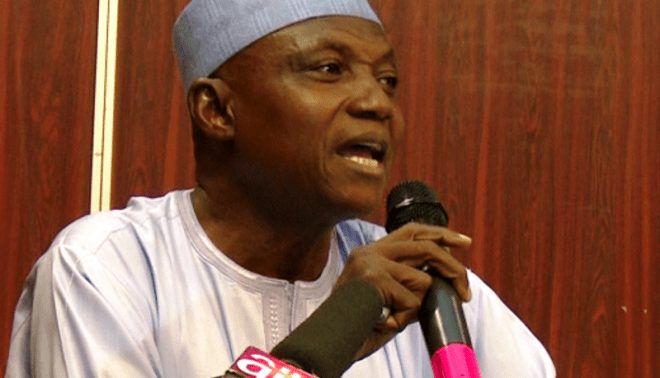 Nigerians pressured President Muhammadu Buhari to contest for the highest office in the land, his spokesman Garba Shehu has said.

Mr Shehu stated this on Friday on Channels TV in defense of his principal who said the top job was having an effect on him due to his age.

“The age is telling on me, working now for six, seven to eight hours per day in the office is no joke — there are questions of executive council, memos from as many states as possible to be considered virtually every week,” Mr Buhari said recently in an interview with NTA, state-owned TV station. “Really, it’s a lot of hard work, but as I’ve said, I asked for it and I cannot complain.”

The septuagenarian who defeated former president Goodluck Jonathan in 2015 sought re-election in 2019 and was again declared winner of the nationwide exercise.

His second and final term in office winds down in 2023 when his successor is expected to emerge.

Defending him, Mr Shehu said his principal who had sought the position thrice and failed but succeeded on his fourth attempt was coerced into contesting for the office.

“The president can be very casual sometimes in speaking and jovial and jocularly,” he said. “I think this is what people fail to understand of him. They need to understand how he was persuaded and pressured to run in the first instance.

“He had served as governor, minister and military head of state and that’s the highest it could get. He had retired home and Nigerians came and said ‘you are the right person for this moment, we need you.’ It took some persuasion.”