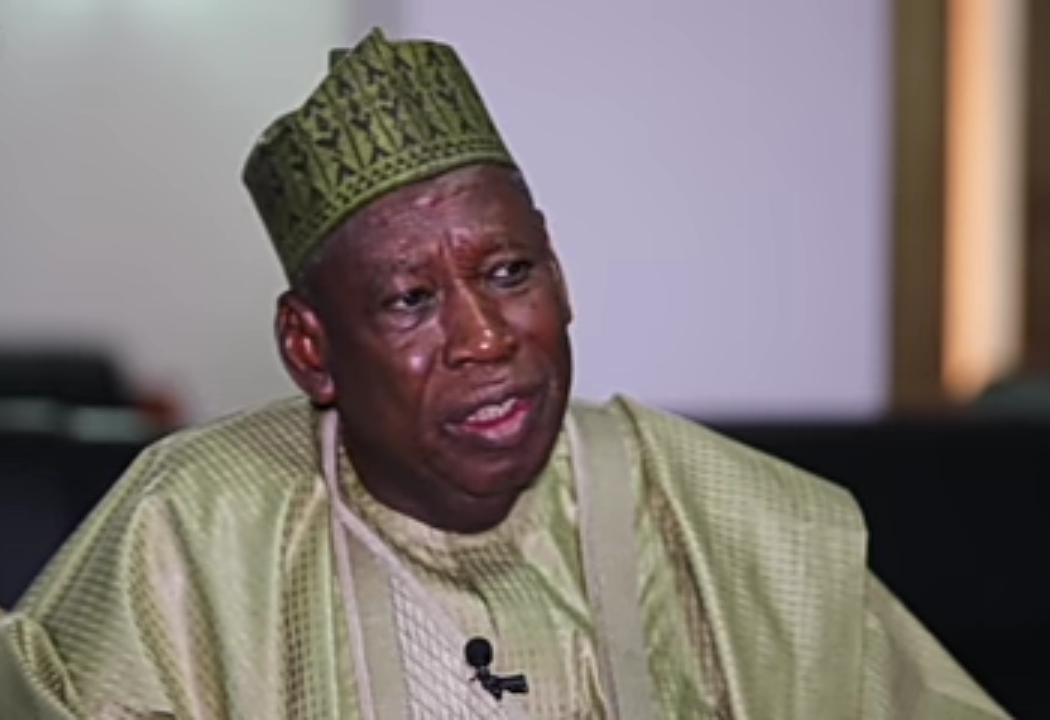 Mr Sanusi had at the time raised alarm of an alleged missing $49billion siphoned by officials of the Jonathan administration. The action led to him being booted out by the now former president but he was appointed Kano Emir by the Kwankwaso administration months after.

Earlier in the year, the traditional ruler was booted out by the Ganduje administration for publicly criticising the Kano government among other allegations.

At a book launch today in Abuja, Mr Ganduje commended the ex-president for sacking the now deposed emir, adding that what the former apex bank boss ought to have done when he realized the money was missing was to table the matter to Jonathan privately and await further actions from him.

The governor who at the time was the deputy governor of Kano state, said his then principal, Rabiu Kwankwaso, who was the Kano helmsman at the time appointed Sanusi as Emir to spite the Jonathan not because he merited it.

“When Sanusi said $49 billion was lost in Jonathan’s government, I said in my mind that No, you could have discussed with him (Jonathan) privately.

“You could have given him this clue and then he would know how to investigate even before those who had stolen the money would find a way of hiding the money.

“Sanusi was appointed Emir of Kano not because he was the best man for the throne but to retaliate what Jonathan did to him.

“That was in order to prove that what Jonathan did to him was wrong and that the people of Kano wanted their son as Emir and therefore they decided to appoint him as Emir.

“But when he was appointed, there were a lot of demonstration with people burning tyres here and there. But because of government backing, he was sustained on the stool.

“When I became governor, (that’s why you will laugh), I said yes, the Jonathan medicine is an important medicine.

“So I took my Jonathan medicine and decided to save the system, to save the institution and I applied it effectively. So Jonathan and I are on the same page. Actually, I have no regrets,” he added.