Governor Charles Soludo of Anambra State has forwarded the list of commissioner-nominees to the Anambra State House of Assembly for consideration.

Mr Soludo who took over last week Thursday had promised to appoint commissioners within the next one week.

The list contains twenty nominees, including two tricenarians who are below the age of 40.

The list published below also showed that three professors and three PhD holders were also nominated. 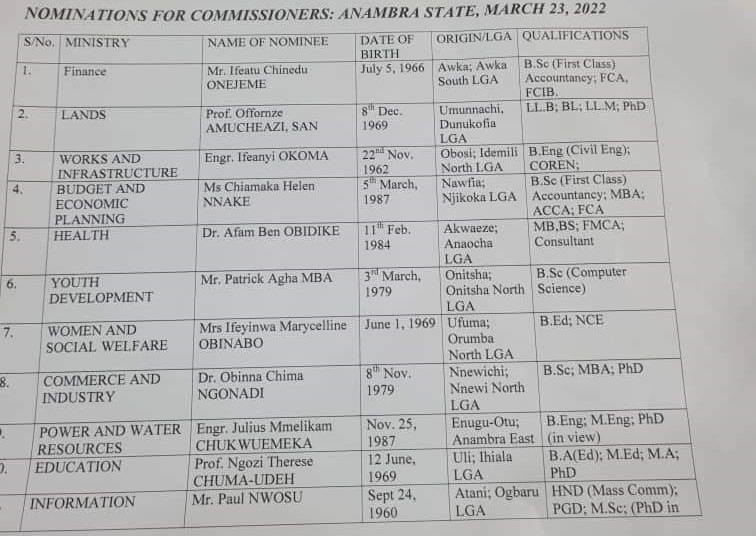 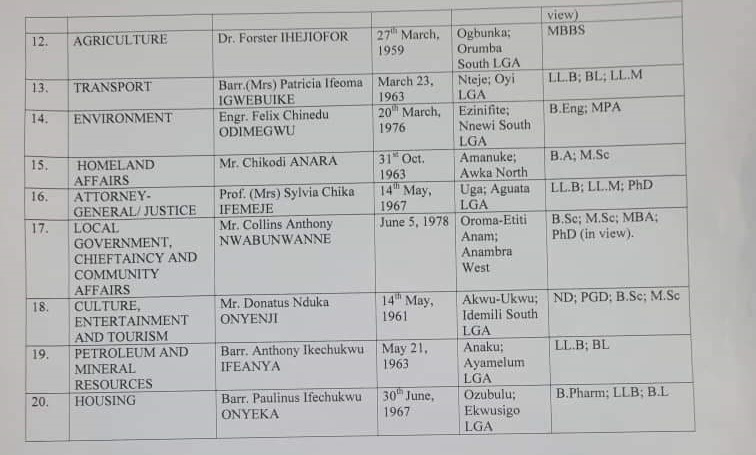