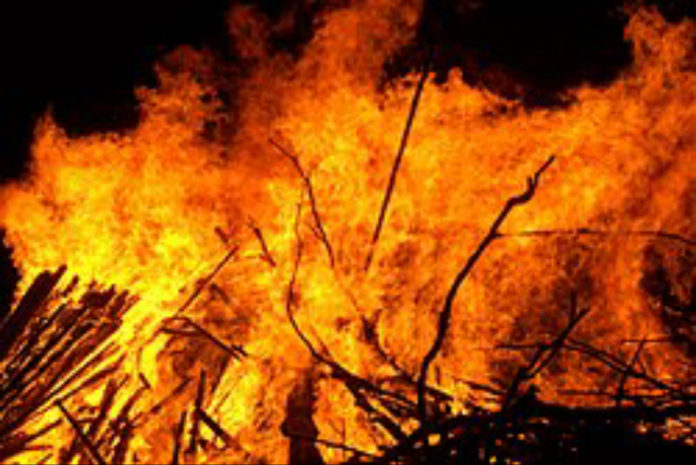 Anambra fire fighters were drafted to the scene of the fire that has defied attempts to extinguish it.

“The fire started around 1am, and I quickly deployed my men there,” PUNCH quoted Martin Agbili, the chief fire fighter in the state as confirming. “So far, they have gone to refill the fire trucks with water twice, and our men have gone to refill a third time.”