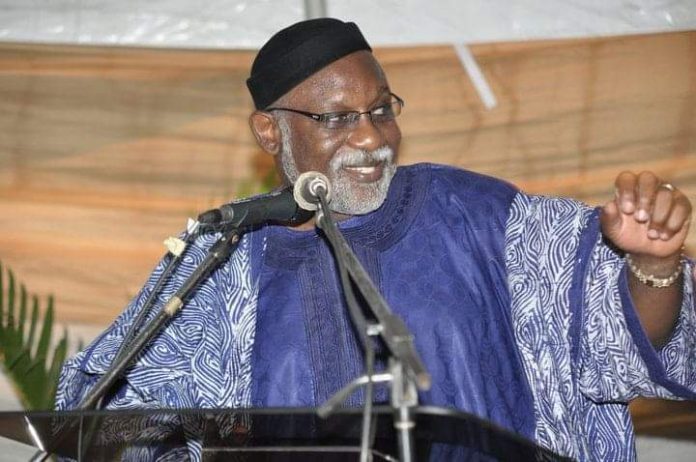 Governor Rotimi Akeredolu of Ondo State who coordinates Southern Governors Forum (SGF) has reiterated the stand of Southern states helmsman as regarding the 2023 presidential election.

The forum newly formed last year came together largely for the purpose of snatching power back to the South. It began by ordering member states to prohibit open grazing in its domains by enacting laws barring violent pastoralists from roaming around with their animals.

Their resolution met stiff resistance from the cattle breeding associations in the country, openly threatening not to abide by the laws already enacted in some states and have continued with their menace nationwide.

The SGF already demanded that power should return to the Southern part of the country from where any o its geo-political zones will clinch the position but some individuals and groups in the North who consider themselves influential are opposed to the demand, clamouring for the contest to be thrown open for the best candidate to emerge.

Addressing members of the Power Rotation Movement in Akure, the Ondo State capital, Mr Akeredolu dared any party that is willing to lose the election should to field a Northerner.

“In about two or three meetings, we have come out and declared that power must move to the South,” the Ondo helmsman said.

“Only a party that is determined to lose will field a northern candidate. You are now a movement of members of political parties coming together. What we stand for is fair and equitable power rotation. The only thing fair is that after 8 years in the north, it should come to the South.

“Some of us believe in One Nigeria that’s fair and equitable. We have a reason for it and it can be defended. Some people have argued that the Presidency should be based on competence. Are they saying there are no competent ones in the south?”

“My brother governors from the South, all of us are determined. Whosoever we pick, for as long as it is South, we will support him. We are saying the President must come from the South. There are people who merit it in the Southsouth, Southeast, and the Southwest.

“I also support your approach. If you are able to mobilise the youth and do not allow the election to be rigged, then we will win. You should also get our women to support us,” he added.

While rotational presidency is constitutional in the Peoples Democratic Party (PDP) which held power and practiced same from 1999, such does not exist in the ruling All Progressive Congress (APC) which took over power in 2015, aside a gentleman agreement on power rotation which some of its founding members claimed they had while forming the party.