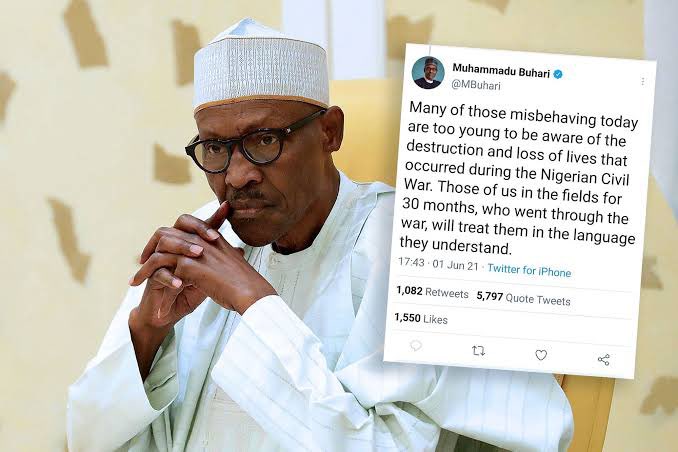 The federal government says Twitter, popular micro-blogging platform, has given it access to censor online contents it said will be prohibited.

This is contained in a statement by Kashifu Inuwa Abdullahi, the Chairman Technical Committee Nigeria-Twitter Engagement, Wednesday evening.

Listing out the gains the 222 days ban garnered, Mr Abdullahi said Twitter has agreed to register as an entity and pay taxes in the country while complying with Nigerian laws.

He also said the social networking giant has agreed to create two channels – Partner Support Portal (PSP) and Law Enforcement Portal (LEP) – through which its staff and government officials will censor online contents it described as ‘prohibited’ without expressly stating types of contents that falls into such category.

“Twitter has agreed to enrol Nigeria in its Partner Support and Law Enforcement Portals,” part of the statement reads. “The Partner Support Portal provides a direct channel for government officials and Twitter staff to manage prohibited content that violates Twitter community rules.

“At the same time, the Law Enforcement Portal provides a channel for the law enforcement agencies to submit a report with a legal justification where it suspects that content violates Nigerian Laws. Taken together, these represent a comprehensive compliance apparatus.”

Twitter is yet to respond to an email from TODAY POLITICS requesting comments on the development Thursday morning.

On June 4, the Buhari administration through its Information Minister Lai Mohammed, announced the ban on Twitter, claiming it did so to stop subversive elements from using the networking site to undermine the cooperate existence of the nation.

The ban came after the micro-blogging platform deleted a tweet of President Muhammadu Buhari deemed genocidal against the people of the Eastern region, an action pro-government officials regarded as bruising the president’s ego.

The regime thereafter set up a delegation to engage Twitter with a view of lifting the ban which was enforced midnight of June 5, 2021.

While government officials and the mainstream media were barred from using the platform, most Nigerians resorted to the use of Virtual Private Network (VPN) to circumvent the ban and have continued to use it despite being warned of consequences by Abubakar Malami, Attorney General of the Federation (AGF).

Mr Malami, according to screenshots he shared through his verified Facebook page, also used VPN to bypass the ban and deactivate his account on Twitter, an action most Nigerians described as hypocritical.