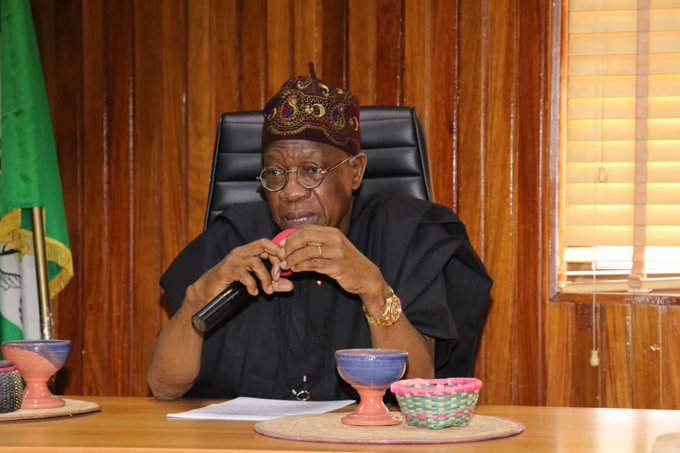 The Federal Government has accused Eastern Security Network (ESN) the paramilitary arm of the Indigenous People Of Biafra (IPOB) of being behind the recent killing of police officers in Anambra State.

At the weekend, the police in the state said three of its operatives were ambushed by gunmen in the Igbo predominant state where activities of secessionist have been rife in recent times.

Ikenga Toochukwu, the spokesperson for the state command declared one police officer missing while two others were killed and their corpses set ablaze.

Condemning the act, the federal government through Information Minister Lai Mohammed vowed that the perpetrators will be apprehended and brought to justice.

In a statement issued in Lagos on Monday, through Segun Adeyemi, his spokesman, Mr Mohammed described the incident as most horrific, barbaric, cannibalistic and unacceptable attack against the state.

“We have credible information that ASP Francis Idoko (AP No. 154945); Inspector Emmanuel Akubo (AP No. 222336) and Inspector Rufai Adamu (AP. No. 285009), all serving officers of the Nigeria Police, were abducted by members of the Eastern Security Network (ESN), acting on the instructions of their leader, Chinonso Okafor, aka TEMPLE, on 27 Nov. 2021,” he said.

“Two of the officers, Inspectors Akubo and Adamu, were killed in the most gruesome manner and their decapitated bodies videotaped and circulated widely. The leader of the ESN team that killed the two officers is one ‘GENTLE’.

“Chinonso Okafor, the most influential commander of ESN in charge of Imo and Anambra States, as well as ‘Gentle’ and all those who perpetrated the abhorrent act will be made to face swift and sure justice,” he added.

He said the continued attacks on security agents as well as agencies of government by ESN/IPOB are diametrically opposed to the call in certain quarters for a political solution to the IPOB issue, and wondered why those making such calls have yet to condemn the appalling murder of serving police officers.

The Minister paid tribute to the officers, who made the supreme sacrifice in the service of their fatherland, as well as all security agents who are serving the nation to the best of their ability in a most difficult moment.

He also condoled with the families of the slain officers, praying that God will comfort and strengthen them.