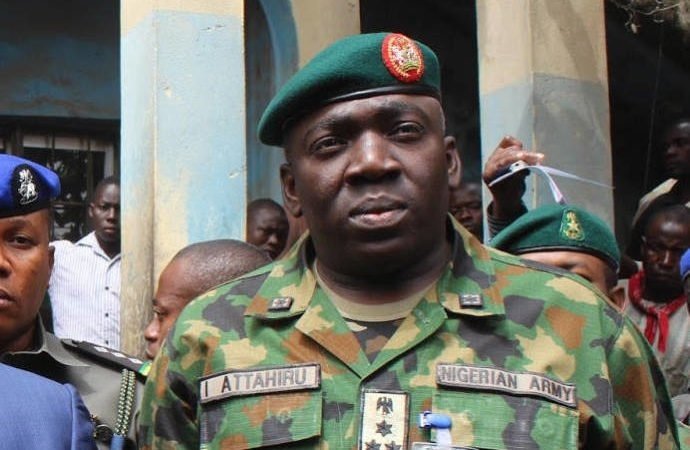 Hours after a military aircraft carrying Ibrahim Attahiru, the deceased Chief of Army Staff (COAS) and other military personnel crashed, a trending video surfaced on social media with claims that two persons flew out of the plane apparently with parachute.

Mr Attahiru and other occupants of the plane died on Friday after landing on the run way of the Kaduna international airport. Military authorities hastily concluded that the air accident was caused by a bad weather, though there was heavy downpour.

In the trending clip, a middle-aged man, apparently granting an interview, claimed to have seen two persons jump out of the aircraft with parachute and was out of his sight in a short while

He was standing in a bush which, apparently, is a crash site judging by some debris of a plane sighted around him.

Nigerians without verifying the source of the video clip began circulating it as emanating from the accident which occurred Friday evening.

A former Aviation Minister, Femi Fani-Kayode, who also reacted called for investigation into what transpired, suggesting that the departed personnel might have been assassinated.

At close look at the trending video clip one would notice the watermark of Voice TV Nigeria. When TODAY POLITICS probed further, it was discovered that the clip from which the trending part was extracted from dates back to September 2018.

The multimedia channel at the time of uploading it said it was a video clip of a crashed military jet in Abuja.

The six minutes twenty five seconds clip began by capturing the then crashed aircraft hovering around a vicinity.

Thereafter, the edited clip showed locals thronging to the accident scene before the part where the middle-aged man narrated what he allegedly saw which is being circulated today as coming from the Kaduna crash site.

The original video clip is reproduced below.

CONCLUSION: No recent evidence to back up the claim that two persons flew out of the crashed aircraft conveying the military personnel to Kaduna at the weekend.

VERDICT: The claim is false.