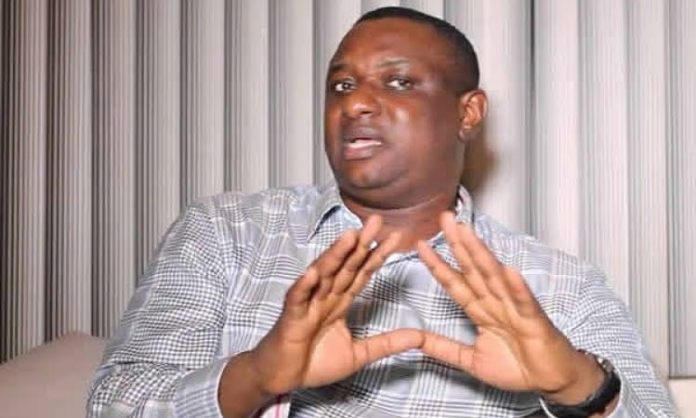 Various panels set up across states to probe police brutality in the country are all illegal, says Festus Keyamo, minister of state for labour and employment.

Mr Keyamo stated this on Sunday during an interview on Channels Television where the report of Lagos State #EndSARS panel that indicted the military and police of massacring Nigerians on October last year was being discussed.

The junior minister argued that the various judicial panels set up by the National Economic Council (NEC) under the leadership of Vice-President Yemi Osinbajo to investigate cases of police brutality was efforts in futility because state government lacked the power to probe the police and military which is under the control of the federal government led by President Muhammadu Buhari.

He said by the virtue of the 1999 Constitution (as amended), only the federal government can investigate the military and police.

“I will not answer this question as a sitting minister, I will answer this question as senior advocate of Nigeria — a member of the inner bar — and so I’m entitled to my opinion. This is not the federal government opinion,” the minister explained. “For me, that panel was an illegal panel. It is totally illegal. All lawyers who are listening to me should go back and read to the Tribunal of Inquiry Act of Lagos state.

“It says that the governor will have power to inquire into the conduct of any person and chieftaincy matters and any matter that would promote the good of the public.

“However, any person there was defined in section 21 to mean public officers of the state. It is defined to mean somebody within the public service of the Lagos state or the local government as the case may be.

“However, if you look at section 21 again of the tribunal of inquiry law, it says that it has to be within the legislative competence of Lagos state.

“In other words, it is only a person over which whom the Lagos state has control that they can inquire into their conduct. If you don’t have control over me, you can’t inquire into my conduct.

“The policemen, the armed forces, the military are not officers of Lagos state. They are officers of the federal government.

“By virtue of the constitution, it is only the federal government that can control the conduct of policemen and the military. Lagos state cannot be in control, cannot legislate too regarding police matters and military matters.

“To inquire into the conduct of policemen and military, no, state government can’t do that.”

The Lagos panel inaugurated shortly after the Lekki incident said 9 persons were killed, four presumed dead while 33 were either injured or assaulted.

The federal government, reacting to the report maintained its earlier stance that nobody was killed during the incident, describing it as massacre without bodies.