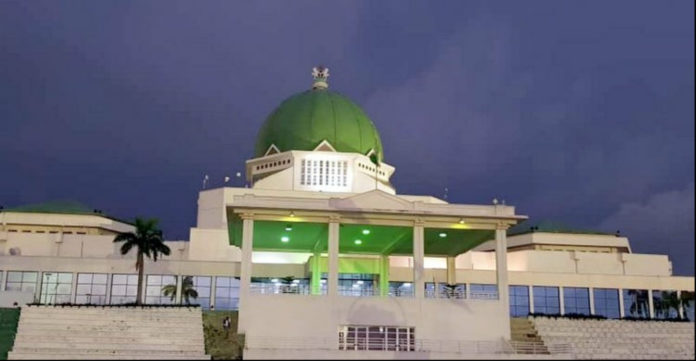 President Muhammadu Buhari and Attorney General of the Federation (AGF) Abubakar Malami on Friday lost in the suit seeking the expungement of Section 84 (12) of the recently signed electoral act.

The controversial section bars political appointees from seeking elective positions while retaining their appointments, a part of the electoral act signed into law by Mr Buhari who alongside Mr Malami towed the legal route for its deletion after the parliament refused to grant their wish.

The legal redress began from a federal high court in Umuahia where the judge agreed to the submission of a proxy and ordered its deletion.

Mr Malami, the sole defendant at the time refused to oppose the claimant, saying he will hastily comply with the verdict of the lower court.

The national assembly and other interested parties applied and were granted request to join in challenging to judgment of the Umuahia court.

The Court of Appeal in its decision, nullified the judgment of the lower court but says the controversial section is illegal.

A seven-member panel of the Supreme Court, led by Justice Musa Dattijo Mohammed, in its judgment, unanimously held that the President, having assented to the law, could not turn around to fault its provisions.

The apex court upheld all the grounds of objection raised by the National Assembly, through its lawyer, Dr Olukayode Ajulo, against the competence of the suit, marked: SC/504/2022.

Reacting to the judgment, both the red and green chambers of the National Assembly said the verdict confirms its earlier position that the President lacks the powers to direct the legislature to amend the Act after it had been passed into law.

Senator Ajibola Bashir, the mouthpiece of the Senate, also said the verdict indicates that Mr Malami misled the Nigerian leader.

“The judgment has been given by the court. The outcome shows that our position at the National Assembly is correct,” Mr Bashir told PUNCH. “It also shows that the President is not getting the proper legal advice from the Attorney General.”

On his part, Benjamin Kalu, spokesperson of the House of Representatives, said the verdict confirms that the law made to advance the democracy in the country is not targeted at certain individuals as perceived in some quarters.

“What this means is that the confidence level of Nigerians, every day, is increasing with regards to our participatory democracy, and their belief that the judiciary remains a place to find justice for all,” Mr Kalu explained. “So, it calls for jubilation by the whole country, that the doctrine of separation of power is observed; where the mandates of each arm of government are more specified.”