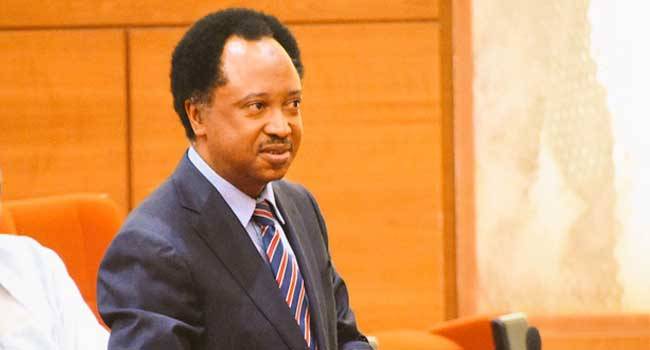 Bola Tinubu, a national leader of the All Progressive Congress (APC) has been warned to be cautious of Nasir El-rufai, the governor of Kaduna State.

This advise is coming from Senator Shehu Sani, lawmaker representing Kaduna Central at the red chamber.

Messrs Sani and El-rufai are not political allies during the lawmaker’s days in the APC. The governor had played a vital role in ensuring the outspoken Senator failed in his bid to return to the upper legislative chamber.

As the tenure of Abdulaziz Yari, governor of Zamfara State, as the chairman of the Nigerian Governors Forum (NGF) is winding down, El-rufai is reported to have indicated interest to succeed his colleague.

His ambition to succeed Mr Yari has pitched him against Mr Tinubu who is reportedly warming up to ensure his own candidate clinch the position. The former Lagos State governor is backing Kayode Fayemi to succeed the outgoing Zamfara governor.

Earlier in the month, through an indirectly means, El-rufai launched an attack on the APC chieftain who is largely viewed as the political godfather of Lagos State politics and indeed that of the South-West region.

The governor urged the people of the state to end the reign of the political godfather of the state as he did in his domain.

Warning Tinubu to be weary of El-rufai, Sani urged the former governor not to grant the Kaduna governor access to his lower junctional area.

“Dear Lion of Bourdilon, next time he bow down before you, use your two hands and cover your groin,” Sani warned in a tweet on Monday.

El-rufai is known for bowing to those who he expects to derive favour from. Notable among those he bowed to but has turn their enemies are: Mr Tinubu, Atiku Abubakar, the presidential candidate of the Peoples Democratic Party (PDP); former president, Olusegun Obasanjo.

He is currently bowing to President Muhammadu Buhari but his loyalty to the latter is in doubt because he had previously attacked the president while he was in the opposition.