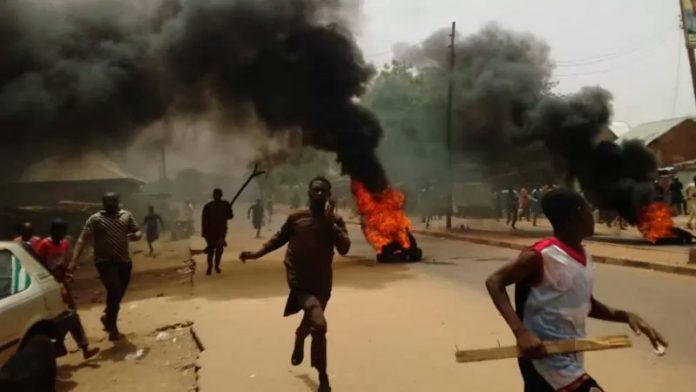 Governor Aminu Tambuwal of Sokoto State has imposed a 24-hour curfew in the state to checkmate violent mob demanding the release of suspects arrested in connection to the gruesome murder of Deborah Samuel, alleged to have blasphemed Prophet Mohammad.

Mr Tambuwal said the directive was issued “in pursuance of peace and order in Sokoto metropolis and the entire state.”

Ms Samuel was stoned to death and set ablaze on Thursday by irate fundamentalists at the Shehu Shagari College of Education in the state.

Condemnations have trailed the barbaric actions of the Islamic fanatics who said they were fighting for their revered founder of the Islamic religion.

On Saturday morning, Muslim youths trooped out in their numbers, demanding the immediate release of suspects arrested by the police.

The demonstrators who stormed the palace of Sultan of Sokoto, shortly after their arrival, resorted to hurling of stones and other dangerous objects.