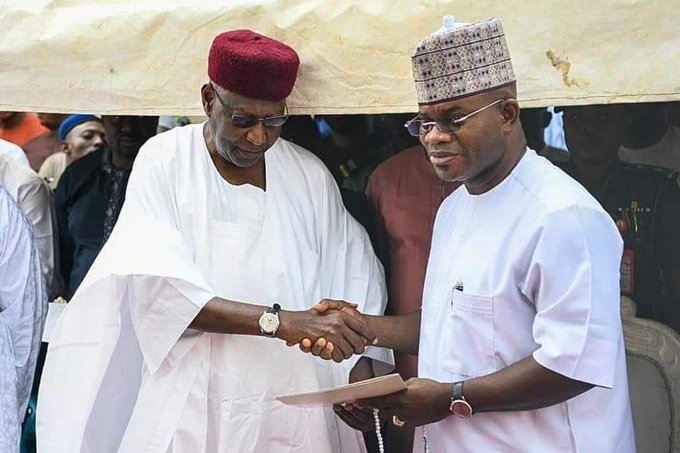 Yahaya Bello, the governor of Kogi State, has gone into self-isolation having reportedly met with Abba Kyari, Chief of Staff to President Muhammadu Buhari, who has tested positive to Coronavirus disease.

A close aide of the governor confirmed the development to Punch Newspapers on Tuesday.

Messrs Bello and Kyari met last week when the presidential aide attended the burial of his mother precisely on March 17, 2020.

Others who attended the burial alongside Kyari include the Senior Special Assistant to the President on Media and Publicity, Garba Shehu; and Minister of Special Duties, Senator George Akume.

“I can confirm to you that his Excellency has gone into self-isolation and is being tested for COVID-19. The result will be announced on Wednesday,” the governor’s aide who spoke on condition of anonymity said.