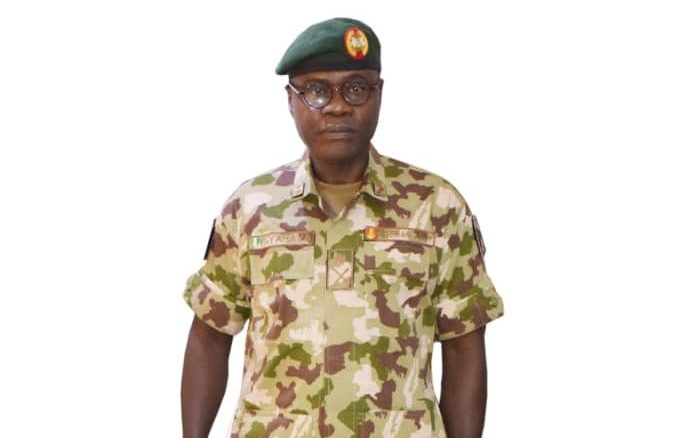 A high court in Minna, Niger State, has issued a warrant of arrest for the Chief Of Army Staff (COAS) Farouk Yahaya over alleged contempt of court.

The development is coming about 48 hours after an Abuja Federal High Court sentenced Inspector General of Police Usman Alkali Baba to three months in prison for contempt.

The judge ordered that the duo remain incarcerated until they purge themselves of contempt.

According to Daily Post Newspaper, Justice Abdulmalik ordered the arrest the top army officers at the resumed hearing of a case between Adamu Makama and 42 others versus the Executive Governor of Niger State and seven others in a suit numbered NSHC/225/2019.

Justice Abdulmalik declared: “An order is made committing the Nigerian Army Chief of Staff General Farouk Yahaya, and the Commander Training and Doctrine Command (TRADOC) Minna, i.e. 6th &7th respondents into the custody of the Correctional Centre for contempt of the order of this honourable court made on the 12/10/2022.”

The judge adjourned the case to December 8 for continuation of hearing.

The order was sequel to a motion on notice brought under Order 42, Rule 10 of the Niger State High Court (Civil Procedure) Rules, 2018, moved by counsel to the plaintiffs Mohammed Liman.

Liman had prayed the judge to commit the Chief of Army Staff and the Commandant Training and Doctrine Command into Correctional custody for flouting an order made by the court on October 12, 2020.

However, the details of the case are unclear at the time of filing this report as the lawyer, Liman, declined to give further details.