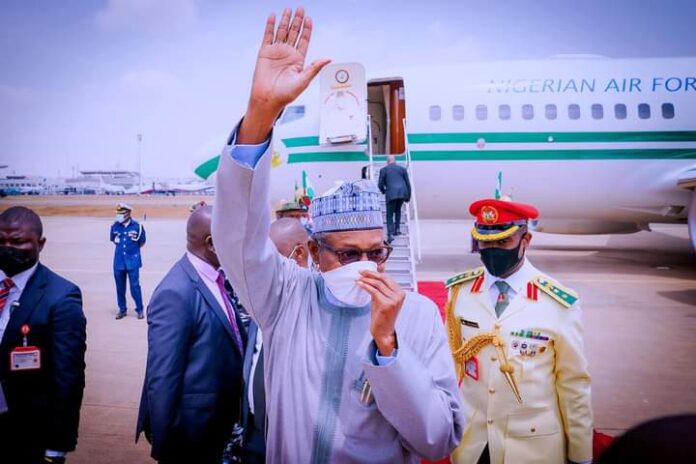 There was confusion on Friday as President Muhammadu Buhari returned to Abuja, the nation’s capital, aborting his planned medical trip to London from Kenya.

Mr Buhari was billed to visit London after attending the UN Environmental Programme (UNEP) in Nairobi, Kenya for a medical checkup that will last for two weeks.

He left the country on Tuesday, Femi Adesina, his spokesman announced, adding that his principal will from Kenya proceed to London but the reverse was the case Friday afternoon.

At about 1pm, Bashir Ahmad, personal assistant to the Nigerian leader on Digital and New Media announced across his verified social media accounts that his principal has returned to the country.

Hours later, he posted photos of the return on Facebook, with no official reason for the development.

Mr Adesina was not also reachable for comments as at press time.