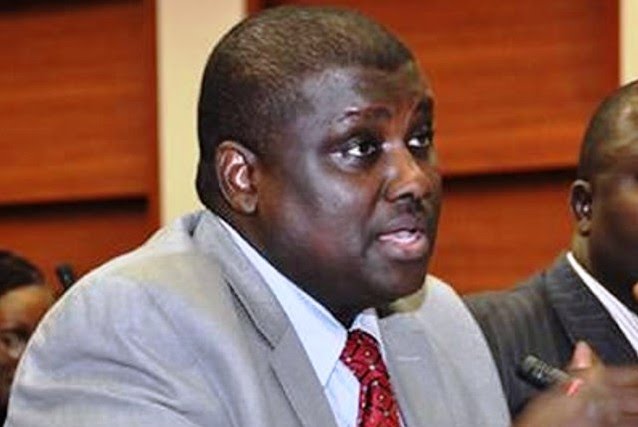 Former chairman of the Pension Reforms Task Team (PRTT), Abdulrasheed Maina, has resurfaced with corruption allegations against serving officials in the administration of President Muhammadu Buhari.

Mr Maina, a fugitive declared wanted by the Economic and Financial Crimes Commission (EFCC) alleged that some top government officials are still operating bank accounts not linked to the Treasury Single Account (TSA).

TSA is a public accounting system using a single account, or a set of linked accounts by government to ensure all revenue receipts and payments are done through a Consolidated Revenue Account (CRA) at the Central Bank of Nigeria (CBN).

The former pension chief was first removed from office in 2010 by former president, Goodluck Jonathan, on allegations of stealing pension funds.

He was secretly reinstated and promoted by officials in the present administration but was dismissed by Mr Buhari in 2017 when his reinstatement was made public.

Since his dismissal, he has gone underground, speaking from his hiding place.

In an interview on Human Rights Radio, 101.1 FM, Abuja, on Friday, the former pension boss pledged to come out of hiding if the president can assure him of full protection.

He said he was still in the country, contrary to reports that he has left, daring security agencies to storm his home and arrest him.

“I am in Nigeria, I just travelled for lesser Hajj, I have been in Nigeria for long, in my house. If I did something let them come and arrest me. I didn’t do anything,” Maina said revealing that the current Head of Service of the Federation, Winifred Oyo-Ita, still operates bank accounts that are not linked to the Treasury Single Account.

He said once the president guarantee his safety, he will come out and expose all ministers still operating hidden accounts.

“There are accounts under her now, now, that she has not turned in to the single treasury account as directed by the President. Let her say no and then I will go back… I challenge her, I challenge everybody there. This is why they don’t want me to come back to my office.

“President Buhari, I want you to open your eyes and ears, there is a lot of money in your government.

“All your ministers, I can give you the accounts of what they have operated, who is doing what, and where the monies have gone to. I can show you on the system.

“NFIU (National Financial Intelligence Unit) I challenge you to do your work. Give the chairman of EFCC the correct information let him give it to the President.

“You know what they do, they call it accounting engineering. If at the end of the year, let’s say N200 billion is remaining in this ministry, the ministry, in collaboration with the office of the Accountant General of the Federation and return N20 billion and N198 billion is there. In this N198 billion, somebody will retire, and the new Permanent Secretary will not even know.

“Such accounts exist in Nigeria, so many of them, and I have these accounts, I know them (but) nobody wants to give me the opportunity.”

He also said he can recover trillions on monthly basis.

Editor’s Note: The excepts of the interview was reproduced by The International Centre for Investigative Journalism.