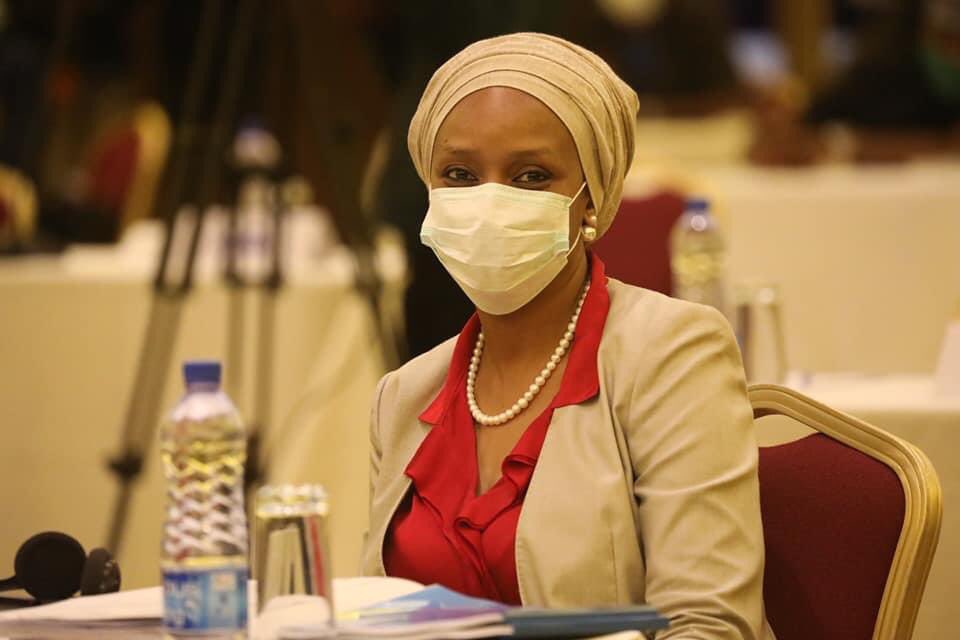 Hadiza Usman, the Managing Director of the Nigerian Ports Authority (NPA) has been suspended by President Muhammadu Buhari.

Mr Buhari reportedly suspended the NPA top official on Tuesday but the media got wind of the suspension Thursday evening.

Mohammed Bello-Koko, the agency’s Director of Finance and Administration,  was named to lead the organisation in acting capacity while Ms Usman reappointed in into the position in January is fighting to get the suspension lifted.

The suspension instigated by Transport Minister, Rotimi Amaechi, according to Premium Times which quoted sources in the know, is to allow unobstructed probe of allegations of misconduct against the former #BringBackOurGirls campaigner.