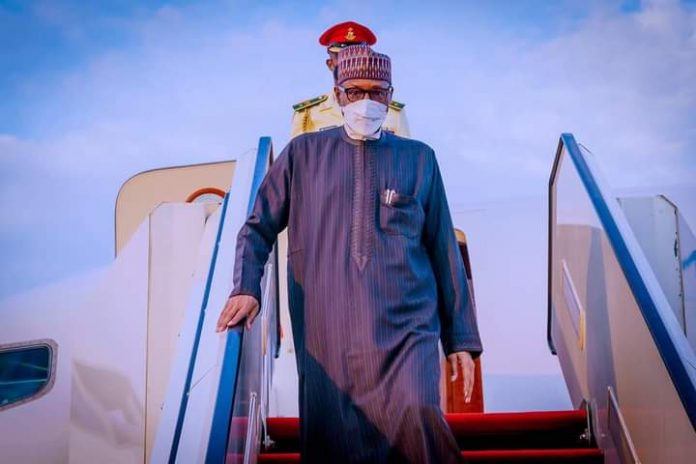 President Muhammadu Buhari has returned to Abuja, the nation’s capital from Instanbul, Turkey, where he journey to on Thursday.

The president who went for the three-day Turkey-Africa Partnership Summit marked his 79th birthday on Friday.

Addressing his well wishers during the brief birthday bash he described as surprising, Mr Buhari said he was eager to return to his farm in 2023 when his final term as a democratic leader elapses.