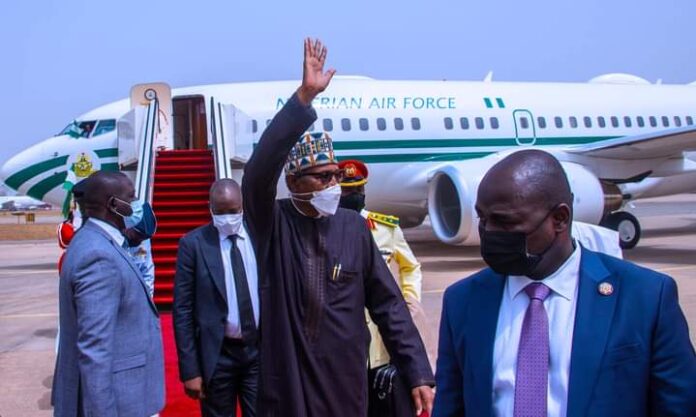 President Muhammadu Buhari has returned to Abuja, the nation’s capital, after the meeting of the African Union Heads of State and Government in Addis Ababa.

Mr Adesina also posted the photos of the arrival at the Nnamdi Azikiwe International Airport on Facebook.

Minister of Foreign Affairs, Geoffrey Onyeama, Minister of Health, Dr Osagie Ehanire, Minister of Agriculture, Mohammed Abubakar and Minister of Humanitarian Affairs, Disaster Management and Social Development, Sadiya Umar Farouk were some government officials who accompanied him to the 35th meeting of the AU.

The National Security Adviser, Maj. Gen. Babagana Monguno and Director General of the National Intelligence Agency (NIA), Amb. Ahmed Rufai Abubakar were also among the delegation led by the President.

Highlights of the meeting included finding solutions to political, economic and social challenges facing the continent.