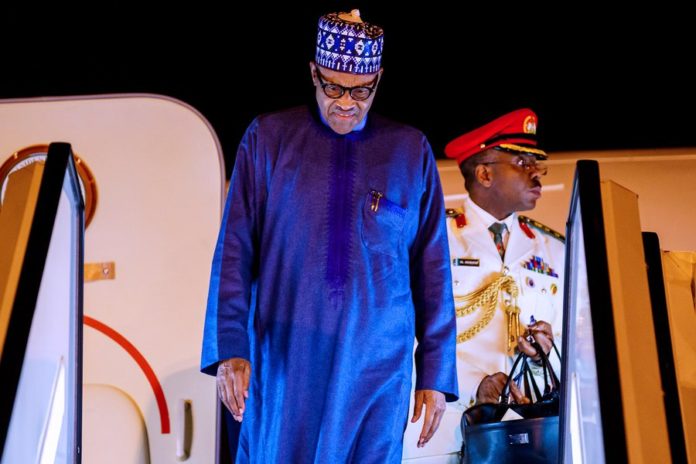 President Muhammadu Buhari has cut short his medical trip and returned to the country.

He left the country on March 6, after suspending the medical trip he should have proceeded to from Kenya on March 4, where he attended an event of the United Nations Environmental Programme.

He returned to Abuja and approved a leadership change in the All Progressive Congress (APC) before embarking on the trip, an action that further polarized the ruling party.

When his plot to oust Governor Mai Buni of Yobe State who oversees the party failed, he appealed to his accomplices – APC governors – to calm down and await the outcome of the party’s national convention on March 26.

But on Friday, the president returned to the nation’s capital, cutting short his medical trip which is supposed to last beyond March 18 having left on March 6, obviously because of the APC national convention which is about a week away from now.