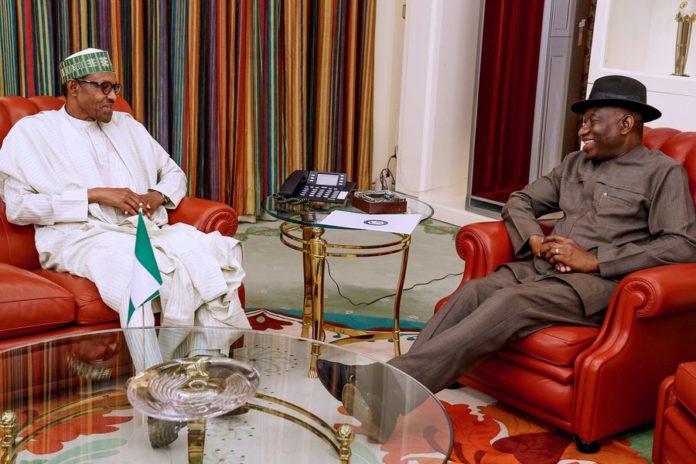 The duo met at the president’s office in Aso Rock Villa, Abuja.

Mr Jonathan handed over power to President Buhari who secured another term in office, a feat his predecessor could not accomplish.

As at press time, the reason for the meeting has not been publicly made known by the presidency.