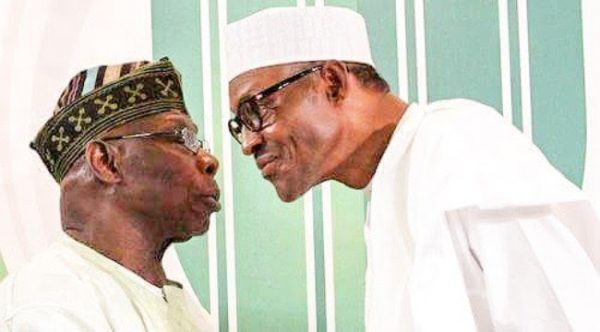 Mr Obasanjo on Sunday lashed out at the incumbent administration saying its borrowing spree amounts to foolishness.

The remarks of the former president came at the wake of a recent loan approval request by the president to finance about fifteen national projects presidential spokesman, Garba Shehu, listed at the weekend.

The president in a letter to the national assembly read last week Tuesday sought approval to externally borrow $4.054 billion and €710 million which he said was due to emerging needs.

Mr Adesina while featuring on Channels Television on Monday said while previous administrations borrowed to steal, the incumbent Nigerian leader is borrowing for development.

He also refuted claims that the borrowed funds were being looted despite the claims of Transportation Minister, Rotimi Amaechi, that looting under the Buhari administration was going on silently.

In May, the president’s request for over N2.3 trillion external loan to finance the 2021 budget was approved. In April he requested and got the approval for another $1.5 billion and €995 million external borrowings.

According to the Nigerian Domestic and Foreign Debt Report, published this year by the National Bureau of Statistics (NBS), the country’s total public debt as of September 2020 is N32.2 trillion ($84.57 billion).