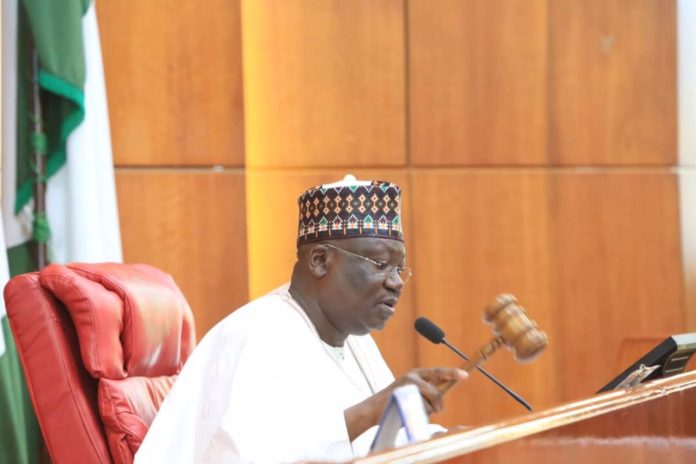 The Nigerian Senate on Tuesday ignored an court of the court barring it from amending the recent signed electoral act in law.

President Muhammadu Buhari while signing the legislation recently appealed to the red chamber to scrap Section 84 (12) which prevents serving political appointees at all levels from voting as delegates or seeking elective positions during conventions or congresses of their parties.

With the signing into law, about 25 political aides of Mr Buhari, including 13 serving ministers, planning to seek elective offices in the 2023 elections will be disenfranchised except they step down from their position about a year to the exercise.

On Monday, a federal high court in Abuja barred the Senate from tampering with the new act but ignoring the order, Senate President Ahmad Lawan, said the court cannot stop the national assembly under his leadership from discharging their duties.

Mr Lawan, Blueprint Newspapers reported, warned the judiciary to respect the separation of powers contained in the constitution to avoid anarchy.

The amendment, listed on the order paper of the day, was read for the first time despite Senator Ike Ekweremadu and other lawmakers calling for the suspension of the new act.

“The doctrine of separation of powers should be respected by all arms of government to prevent anarchy,” Mr Lawan warned during plenary on Tuesday. “The Senate will surely go ahead with the amendment as requested for by the President.”