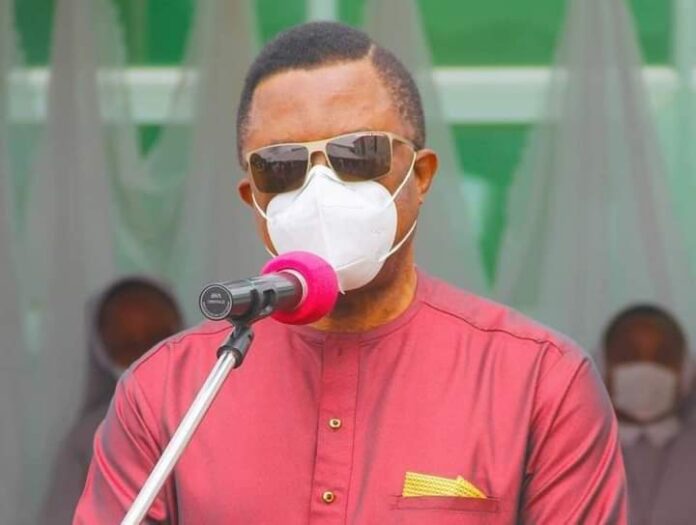 Immediate past governor of Anambra State, Willie Obiano, has been arrested at the Murtala Mohammed International Airport in Lagos.

He handed over power earlier today in Awka to Charles Soludo, as the new state governor.

Mr Obiano, reports claimed, was picked up by operatives of the Economic and Financial Crimes Commission EFCC) Thursday evening.

Channels Television reports that former governor was on his way to Texas in the United States of America when he was intercepted by the anti-graft agency that has been trailing him but couldn’t effect his arrest due to immunity which he constitutionally enjoyed as a governor.