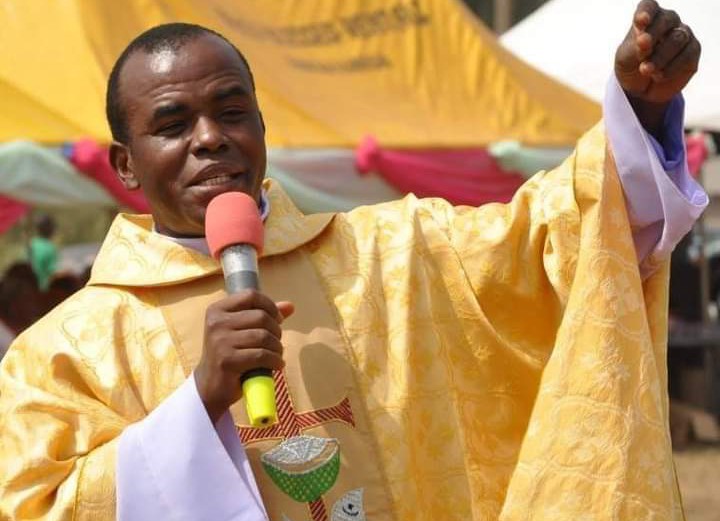 Mr Mbaka recently made headlines for attacking the frontline presidential candidate of the Labour Party (LP) Peter Obi, describing him as a stingy fellow who will not emerge Nigeria’s president next year.

He said the only option left for the former governor whom he assisted in reclaiming his mandate when ousted as Anambra helmsman was for him to appear at the Adoration ground in Enugu and apologise for refusing to publicly donate when called upon in 2018.

After backlash against him, the cleric apologised but Mr Onaga, in a new directive, has barred Catholic faithfuls from further attending the religious gathering which takes place every Wednesday.

The Bishop issued the directive in a letter dated June 17 and addressed to all the Clery, Religious and Lay Faithful in the Catholic Diocese of Enugu, saying the teachings of the controversial priest are not in tandem with that of the church.

“In the light of the happenings in the Catholic Adoration Ministry Chaplaincy Enugu: capable of undermining the Catholic faith and teachings; and after several fraternal corrections and admonitions to Fr. Camillus Ejike Mbaka, the Chaplain of the Ministry: and after having given him pastoral directives and guidelines for the Ministry Chaplaincy, which he persistently violated; and in fulfilment of my pastoral duties as the Chief Shepherd with the obligation to promote and safeguard the Catholic faith and morals in Enugu Diocese, I hereby prohibit all Catholics (clergy, religious and lay faithful) henceforth from attending all religious and liturgical activities of the Adoration Ministry until the due canonical process initiated by the Diocese is concluded,” he wrote.

“I enjoin all the Christian Faithful to keep praying for Fr. Mbaka and the Catholic Diocese of Enugu as I entrust him and the Diocese to the maternal care and protection of the Blessed Virgin Mary, Queen of the Apostles.” 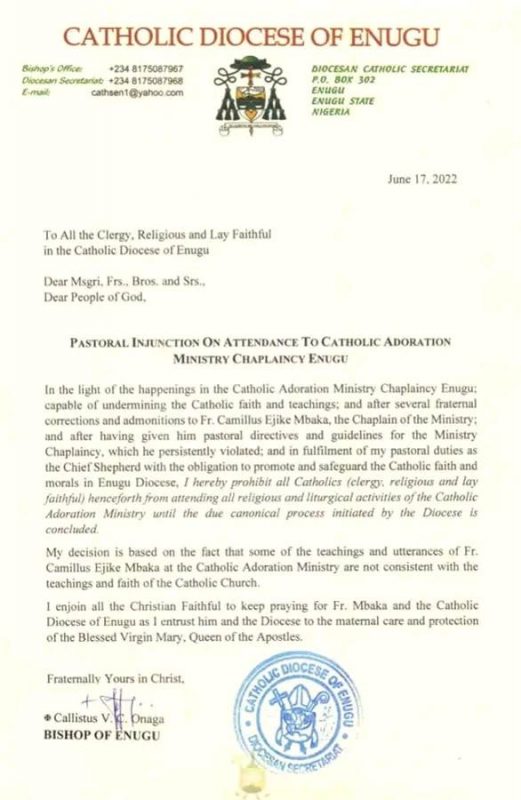