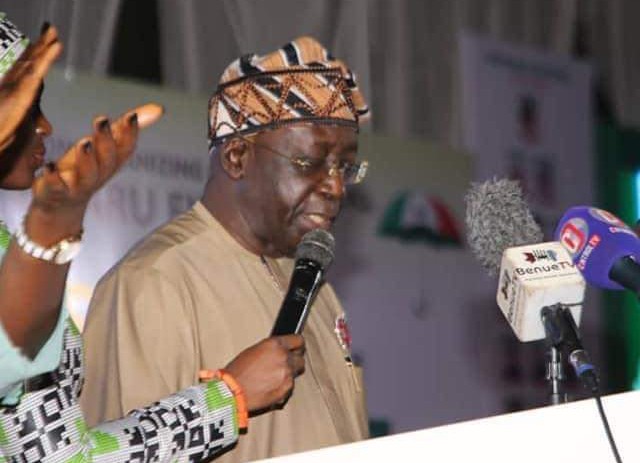 The Peoples Democratic Party (PDP) has submitted the names of party faithfuls who will replace Ebonyi State governor Dave Umahi and his deputy to the Independent National Electoral Commission (INEC).

Mr Umahi and his deputy Eric Kelechi Igwe were sacked Tuesday afternoon by a federal high court sitting in Abuja over their defection to the All Progressive Congress (APC).

The duo and some lawmakers in the state had dumped the Peoples Democratic Party (PDP) in 2020. Justice Inyang Ekwo while delivering judgment fired all the decampees and ordered the PDP to forward the names of those to replace the governor and his deputy to the electoral body.

Addressing a press conference Tuesday evening, Iyorchia Ayu, national chairman of the opposition party named Iduma Igariwe and Fred Udogwu as the new governor and deputy governor of the state.

Mr Ayu said the names have been forwarded to INEC for issuance of certificate of return.

Meanwhile, Mr Umahi has continued to insist that he remains the governor of the state, describing the judgement as a jungle justice purchased.

While insisting that the judge lacked the power to fire him, Umahi said his administration has forwarded a petition to the National Judicial Council (NJC) against the judge.