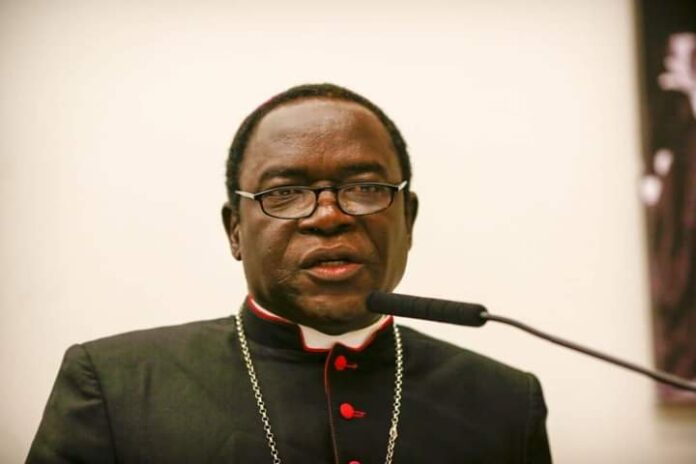 Bishop Matthew Kukah is currently on his way out of Sokoto after rampaging Muslim youths set alight Headquarters of the Catholic Diocese which the cleric oversees.

A religious source which confirmed this to TODAY POLITICS said the cleric left after St Bahkita, which serves as the secretariat of the diocese was touched by the arsonists.

The police were reportedly drafted to the premises of the building located along Aliyu Jodi road but left after chasing away the angry mob which regrouped and return to perpetuate the attack.

Mr Kukah had condemned the gruesome stoning to death and roasting of Deborah Samuel, a female student of Shehu Shagari College of Education, accused of blaspheming Prophet Mohammad.

What earlier began as a peaceful protest for the release of suspects arrested in connection to the murder of Ms Samuel, deteriorated to the extent that shops and Christian religious buildings were set ablaze.

Security personnel also barred the violent mob from attacking the palace of Sultan of Sokoto, Muhammadu Sa’ad Abubakar, who also condemned the attack of the detained suspects.

Meanwhile, the state governor, Aminu Tambuwal, has imposed a 24-hour curfew to halt the deteriorating security situation in the state.