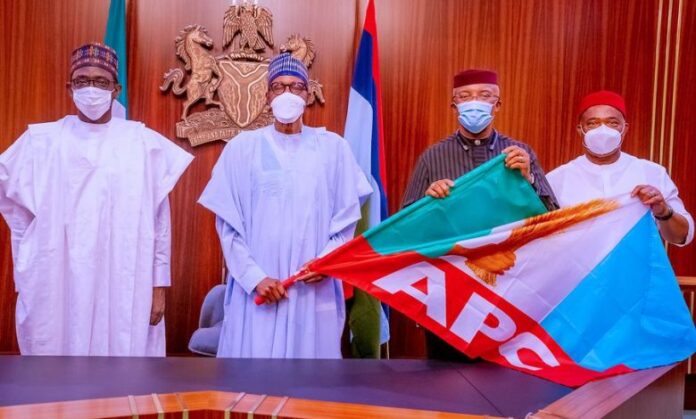 Mr Okeke officially defected to the opposition All Progressive Congress (APC) in the state on Wednesday.

The chairman of APC Caretaker Committee and Yobe State Governor Mai Buni took him to President Muhammadu Buhari who welcomed him into the party.

Governor Hope Uzodinma of Imo State was also present at the Presidential Villa where the president received the defector.

This is coming weeks to the governorship election slated for November 6 amidst rising killings Governor Willie Obiano said has political undertones.