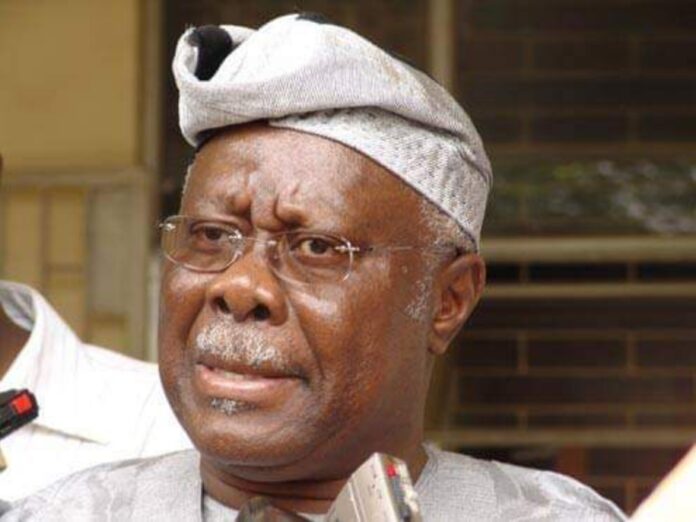 Bode George, a chieftain of the Peoples Democratic Party (PDP) says Nigerians will regret if they elect former governor of Lagos State, Bola Tinubu, as president in 2023.

Mr George, a former military governor of Osun State, stated this in an interview with Vanguard Newspapers while reacting to the declaration of interest of Mr Tinubu into the presidential race.

He said he won’t support for the former governor because he is unfit for the position, warning of regrets should Nigerians elect the national leader of the All Progressive Congress (APC) as president.

“I won’t support him (Tinubu),” the PDP chief said. “I am talking as a senior citizen in this country. I have nothing personal, this man does not have what it takes to manage this country. If he does Nigerians will regret it.

“If Nigerians are dumb enough not to see that (incompetence) and they choose that he is the one they want to put forward as president, I wish them the best of luck,” he added.

When asked if he will go on exile should the former governor be elected president, he answered in the affirmative, “because he (Tinubu) will take the country to the gutters.”

The APC chieftain while declaring for the top job earlier in the week said it was his life-long ambition to lead the country he once said he doesn’t believe in.

After his declaration, Nigerians on social media began raising controversial questions about his lineage, origin, source of wealth, age, among others.