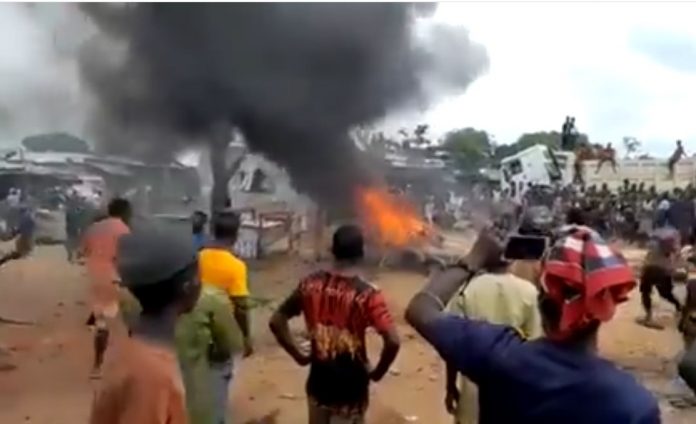 An Angry mob in Abuja has stoned and set ablaze an unidentified vigilante operative in Lugbe timber market axis of the nation’s capital, a trending video clip on the internet showed Saturday.

The victim whose identity could not be ascertained by TODAY POLITICS as at press time had reportedly refused to release a motorcyclist arrested for breaching traffic regulations.

Friends of the detained suspect were later said to have besieged the office of the unnamed security outfit, demanding his release.

At the point of argument, the deceased allegedly vowed never to free the motorcycle operator even if God came down to intervene, a remark his attackers described as blasphemy before lynching him.

The incident comes months after Deborah Samuel, a female student of Shehu Shagari College of Education in Sokoto State was stoned and roasted over similar accusations.

The police in Abuja did not return comments when contacted Saturday evening.