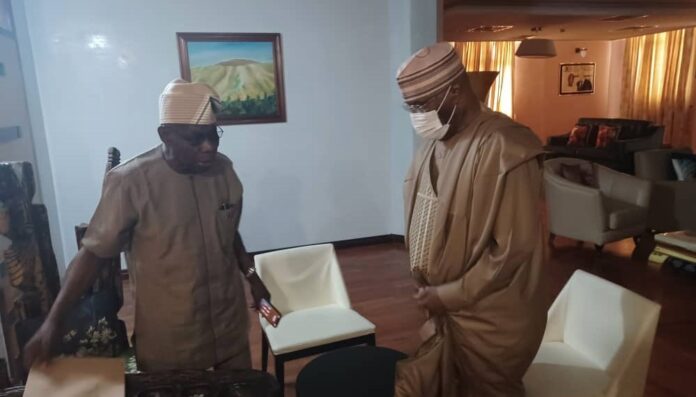 The reason for the visit, which occurred at about 10am, is unclear but might not be unconnected with the speculated political ambition of the former vice president who is reportedly eyeing the presidency.

Mr Obasanjo who vowed to ensure his vice, while at the helm of affairs, does not realize his dream of becoming Nigeria’s president backtracked and endorsed the politician popularly known as Atiku to face outgoing president Muhammadu Buhari during the 2019 presidential election.

Mr Buhari trounced Atiku with over 4 million votes, securing a second term in office which will expire next year.