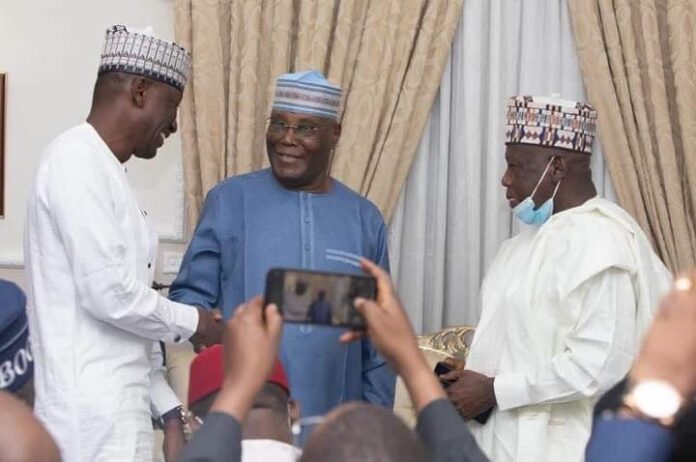 TODAY POLITICS gathered that the Peoples Democratic Party (PDP) chieftain popularly known as Atiku declared his intention on Tuesday night during a meeting with House of Representatives caucus of the opposition party.

Prior to his declaration, lawmakers present at the gathering had urged him to aspire for the exalted position, a request he gladly accepted when he addressed them.

“I recognize your immense influence in our great party and my respect for you (the caucus) is beyond measures,” Mr Atiku acknowledged. “That is why I choose you to be among the first set of people that I will be meeting to personally declare my intention to contest for the president of Nigeria in the 2023 elections.

“Therefore, I humbly present myself to you and seek your support to win our party’s presidential ticket,” he appealed.

In a video circulating online, the presidential hopeful vowed to tackle insecurity, unemployment, poverty, inflation and corruption if elected president.

“There has never been a time when Nigerians need serious leadership than now,” he said.

“I have the experience in the lower and highest level. As a vice president of Nigeria, I made much progress in national transformation.

“As a businessman, I have solved grassroot problems by creating jobs for thousands of people,” he claimed.

Atiku is the third Northerner to have declared for 2023 presidency after Governor Aminu Tambuwal of Sokoto State and former Senate President Bukola Saraki, jettisoning power shift to the South as requested by the 17 Southern State governors.

He was recently reported to have dumped Peter Obi, former Anambra governor, who was his running mate during the 2019 elections which they lost, for Governor Nyesom Wike of Rivers State who later dispelled the rumor.