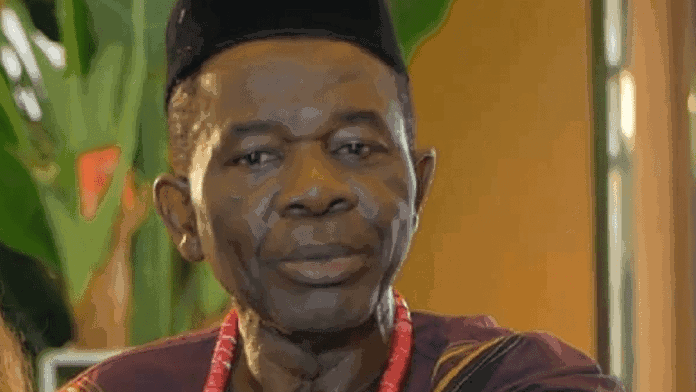 The State Security Service (SSS) has confirmed having Chiwetalu Agu, a celebrated actor, assaulted and arrested by soldiers for putting on attire identical to the Biafran flags, in custody.

The Nigerian Army, despite trending video clip to the contrary, denied manhandling Mr Agu whom they accused of supporting the Indigenous People Of Biafra (IPOB).

Mr Agu, arrested on Thursday while on a charity mission at Upper Iweka area of Onitsha, Anambra State, denied the accusation and was freed Friday morning, after the Actors Guild of Nigeria intervened.

Hours after regaining freedom, TODAY POLITICS learnt that he was in the custody of the notorious secret police known for repressing, intimidating and targeted assassination of government critics.

Confirming having the ace Nollywood actor in custody, Peter Afunanya, spokesman of the self-styled Department of State Services (DSS) said the Army handed him over to them for questioning.

“The army handed him over to us for further questioning,” Mr Afunanya told TheCable Lifestyle, assuring that, “As far as we’re concerned, justice will take its course.”