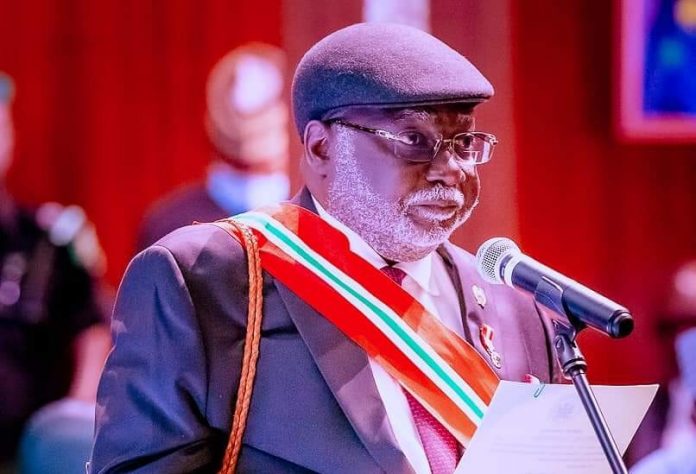 Justice Olukayode Ariwoola on Wednesday took the oath of office as the substantive Chief Justice of Nigeria (CJN).

The oath was administered to the top jurist by President Muhammadu Buhari briefly before the commencement of the weekly Federal Executive Council (FEC) meeting in Abuja.

Vice President Yemi Osinbajo, Boss Mustapha, the Secretary to the Government of the Federation (SGF) and other members of the FEC witnessed the swearing oath.

Mr Ariwoola took over in acting capacity from Justice Tanko Mohammad who stepped aside on health grounds amid corruption allegations levelled against him by other justices of the apex court.

Last month, the Nigerian Senate confirmed his nomination as the substantive head of the judiciary.

Addressing newsmen after being sworn in, Justice Ariwoola pledged to reform the Supreme Court and appealed to politicians to allow the judiciary function properly as the 2023 elections approach.