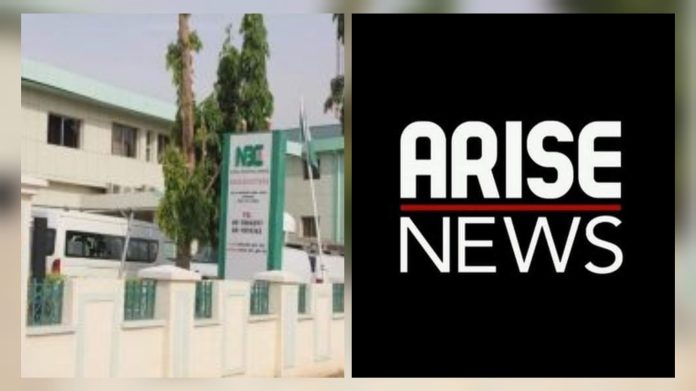 The National Broadcasting Commission (NBC) has fined Arise Television over a broadcast falsely indicating that Bola Tinubu, the presidential candidate of the All Progressive Congress (APC) was being investigated by the Independent National Electoral Commission (INEC).

The electoral body had denied a trending press release claiming Mr Tinubu who forfeited $460,000 to the United States Government was being probe on wether he violated sections of the electoral act as suggested by the Peoples Democratic Party (PDP).

The television station had aired the purported press release but apologised on Sunday after INEC denied such emanated from it.

Mr Tinubu reportedly wrote to the NBC demanding the broadcast station be sanctioned, a request which the NBC has now complied with.