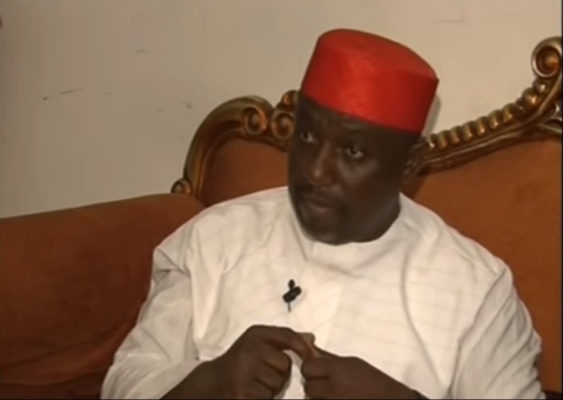 The All Progressive Congress (APC) has stated why it refused to assist Rochas Okorocha, outgoing governor of Imo State, in obtaining his certificate of return.

Mr Okorocha, whose tenure winds down in May, contested for Imo West Senatorial seat on the platform of the APC and emerged winner. However the declaration pronouncing him winner was said to have been made under duress.

Banking on this, the Independent National Electoral Commission (INEC) said the senator-elect will not be issued a certificate of return except compelled to do so by a competent court.

Speaking through Lanre Isa-Onilu, its National Publicity Secretary, the ruling party said they could not help Okorocha because he is on suspension and has not reported his predicament to the party.

Okorocha was suspended for anti-party activities wherein he supported his son-in-law, Uche Nwosu, from another party to succeed him in office despite belonging to the APC.

Mr Nwosu who ran the governorship race on the platform of the Action Alliance (AA) came second in the election while candidate of the APC, Hope Uzodimma, came forth.

The duo lost to Emeka Ihedioha of the Peoples Democratic Party (PDP) who was declared winner by INEC.

“He has not reported his dilemma to the party,” Mr Isa-Onilu said at a press conference in Abuja on Wednesday.

“We cannot take any position on that now. Governor Okorocha is on suspension. He, too, has not reported the case to us because he knows he is on suspension. Until that is vacated, we can’t handle his case,” the spokesman added.