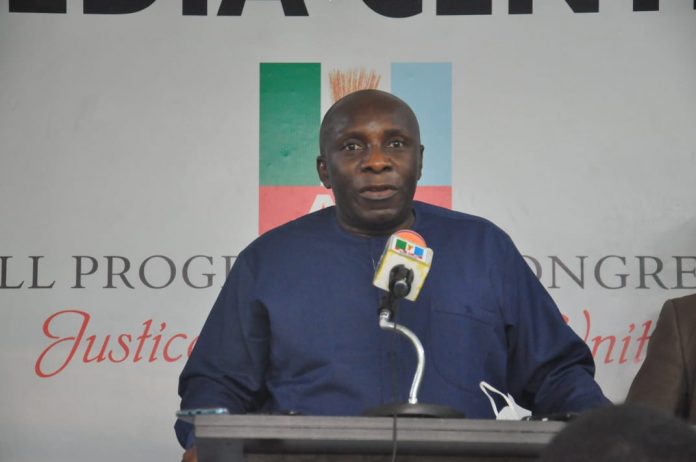 Senator John Akpanudoedehe has denied resigning as the spokesman of the crisis-ridden All Progressive Congress (APC).

Mr Akpanudoedehe was earlier reported by national dailies to have turned in his resignation letter on Tuesday.

The reports said he packed all his belongings and left the national headquarters of the ruling party in Abuja.

But addressing a press conference to debunk the report, the APC scribe denied stepping down.

“I want to state that it’s not true and I did not resign,” Mr Akpanudoedehe said. “And if I resign you will see a letter of resignation by me.”

He said although he is not bigger than the party or President Muhammadu Buhari and won’t hesitate to step down should the president ask him to.