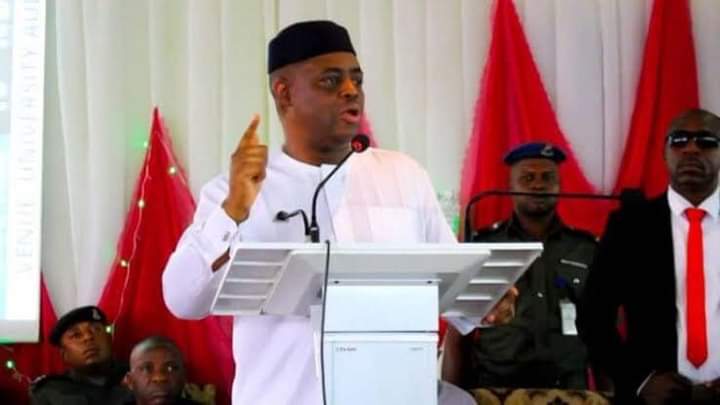 Femi Fani-Kayode former Aviation Minister has reacted to insinuations that he has returned to the All Progressive Congress (APC).

The Peoples Democratic Party (PDP)  chieftain reportedly began moves to dump his party on Monday with a meeting with the national leadership of the APC.

Although he joined the ruling party when it was newly formed Fani-Kayode left after opposing alleged moves to ensure Muslims are the presidential candidates of the APC which was on the opposition at the time.

In his reaction to his reported defection to the APC, the former minister said although consultations was on he remained a member of the opposition.

“Though we have had meetings across party lines and we are in a season of political consultation I have not left the PDP,” Mr Fani-Kayode said in a statement on Facebook Wednesday evening.

His reaction comes hours after Yahaya Bello, Kogi State governor, announced that the former minister has formerly joined the party.

Meanwhile, Yekini Nabena, the acting National Publicity Secretary of the APC says the party does not want the former minister.

“If Fani-Kayode wants to defect he knows what to do. He can go to his ward to see if they can register him but his kind of characters are not the kind we need in this party,” Mr Nabena was quoted by Premium Times as saying.

“As far as I am concerned, we don’t want people who can’t respect their elders and speak from the side of their mouths and do not have shame. Fani-Kayode is a disgrace to humanity and we don’t need him in APC.

“If he and Yahaya Bello want to come, they can come together to the national secretariat,” he added.